A Fistful of Wilds Slot Review

A Fistful of Wilds Slot Review 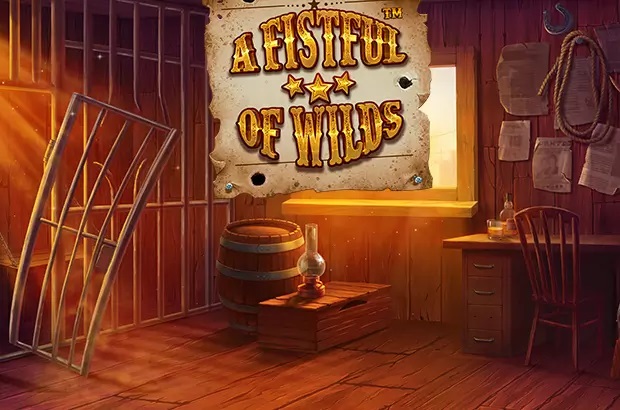 When you see a title like A Fistful of Wilds, you know there will be a strong emphasis on wild characteristics on the inside. This slot machine does not disappoint, and you can get the substitutes to appear in one of four ways while playing. Greentube’s release may not perform as well as others, but it will be entertaining because to the features and the Wild West concept that they’ve integrated.

5×4 reels and 30 active paylines make up A Fistful of Wilds. You’d expect higher wins than the 900x offered with its medium volatility, but the RTP of 95.20 percent is likely to have had a factor. The cascading reels system, free spins, and numerous Wild features are just a few of the elements they’ve included (Wild Shot, Wild Dreams, Wild Whip, or Wild Dynamite).

The $0.20 minimum bet is just the beginning of the betting range, making it accessible to almost anyone. It might go up to $200 per spin, but that is entirely up to the player.

A single spin appears to pay no more than 450x the stake (15x per top combo), but the maximum payout is 900x per round, which would presumably include cascades and free spins as well. It’s been classified as a medium-volatility slot machine, which means the risk doesn’t swing too low or high, making it a good choice for many players. The RTP is set at 95.20 percent.

Features of A Fistful of Wilds Slot

While the combinations begin on standard lines with 3 to 5 symbols organised in sequence and starting from the left, this is only the start. Create a combination, and a cascade will follow. The winning symbols from that combination will be deleted, allowing you to build new ones with the new symbols that will take their place.

You will see that you advance on the Trail after each victory. If there is no win, the round ends and the progress is reset.

When you reach the end of the trail, activate the Wanted, which will grant you free spins. Modifiers can also be triggered during playing.

In addition, you can win 5 free spins. The advantage here comes from the stacked symbols, but the trails leading to the Wanted poster will also be shorter than in the standard game, making it easier to earn enough reactions and finish.

In terms of the theme, it’s your standard Wild West tale, so that portion isn’t unique. The title was inspired by the movie A Fistful of Dollars, which was released in 1964. However, it does not appear to be a branded space. Overall, I enjoyed the designs, and the symbols are particularly well done.

At start, A Fistful of Wilds features a sequence of Royals, each of which is constructed of wood and is oddly coloured. The game logo, six-shooters, the sheriff, and the bandit are among the thematic icons.

Given everything on offer, A Fistful of Wilds slot may have been a good choice for many players, but the low RTP and below-average payouts hamper it. If you appreciate the genre, it’s still worth checking out, but there are better options in this area.