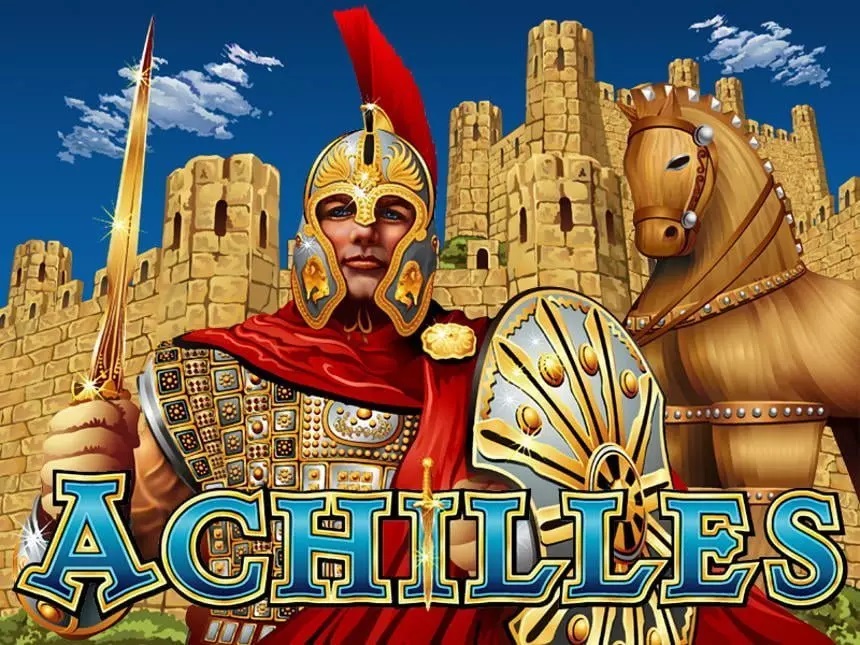 Achilles is a new slot from Yggdrasil Gaming, dedicated to one of Ancient Greece’s greatest heroes. He appears in Homer’s Iliad and was a participant in the Trojan War. Aside from the plot, they came up with an interesting collection of extra features and modifiers for it, which is another reason to check it out.

Achilles features 5×3 reels with a total of 20 active lines. It has a 95.90 percent RTP. There are several bonuses in this game, including wilds and scatters, as well as free spins and four other types of modifiers (based on Agamemnon, Achilles, Helen, and Greek Soldier).

Playing Achilles is achievable with a minimum stake of $0.20 and a maximum wager of $80.

Any wild symbols that appear on those reels can be substituted for normal symbols and combined to form new combinations.

The player can be triggered by four random modifiers, but you have no influence over when or how they appear. Each one is based on a distinct personality.

Agamemnon: provides you with 1 or more wild reels.

Achilles: provides a choosing function that can result in a big win, a 5-symbol combination, or a bonus feature.

There are a number of fantastic features that could be triggered as well. The technique is similar, and it necessitates the appearance of three scatters at the same moment (reels 1, 3, and 5). You’ll notice that the fifth reel symbol can vary, and it’s this one that determines which of the following features will be triggered.

Trojan Horse: Fill up the Trojan Horse with troops, and you’ll be compensated for each one that fits in.

Empire: You choose a country to invade, and the army go to war. A better prize is awarded for a successful attempt.

Achilles Free Spins: You’ll get ten free spins with extra wilds. Wilds appear on the first four reels and are sticky. For each new +1 scatter, an additional spin is awarded.

Helen of Troy and the Trojan War are both important figures in Greek mythology. The main character in this new Yggdrasil slot machine is Achilles, one of the warriors who fought in that fight. I liked the high-resolution images and cartoony style of the figures, but that isn’t true of all symbols (Royals are a letdown).

As I previously stated, there are five Royals among the slot’s symbols, ranging from 10 to A. Other emblems include a depiction of Achilles and Helen, as well as two warriors, one slender and the other huge. The Shield is the one that is being used as a scatter.

The Achilles Slot is a slot designed for lovers of myth. However, it’s a low paying slot along with a high RTP. The free Spins and multipliers also make the game an interesting one.