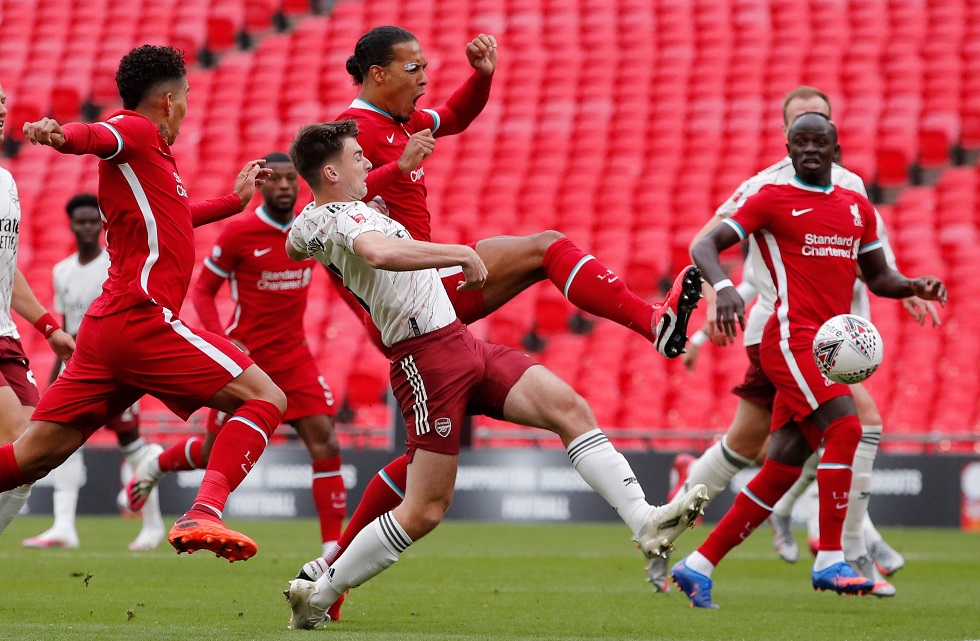 The much-awaited clash between the Gunners and the Reds takes place on 20th January 2022 at the Emirates stadium. This tie will be the second leg of the Carabao Cup semi-final encounter between the two rivals. The first leg ended all square at Anfield after Arsenal was reduced to ten men in the first half. Read our review to find out what will likely happen during the clash:

The hosts scored at least a single goal across all competitions while playing in front of their home crowds in the last five games. Arsenal scored in all five home games. This run includes scoring against the current Premier League run-away leaders. They are likely to score on this day. The visitors on the other hand only failed to score in a single game from the last five away days. We expect both teams to get on the score sheet on 20/1/22 in the Carabao Cup.

There were three or more goals in three of the last five Arsenal games. A similar number of games saw three or more goals in the visitor’s last five away days. Six games between these teams produced over two goals. We anticipate that there will be more than two goals during this clash. The gunners have been fantastic in front of their home fans. The last time they scored five goals in this tournament at home. It is worth noting that there were ten goals in a Cup tie when these teams met here.

The Gunners saw their last EPL game postponed over the weekend while the Reds eased three past the newly promoted Brentford side. This calling off of the Gunners’ game means that Arsenal has had more rest than the Reds coming to this game. Both teams have lost key players to the ongoing AFCON championship. Besides, Arsenal will play without another crucial player (Granit Xhaka) due to suspension. Home advantage will play a part in this match. Nonetheless, we anticipate a very competitive match on 20/1/2022.