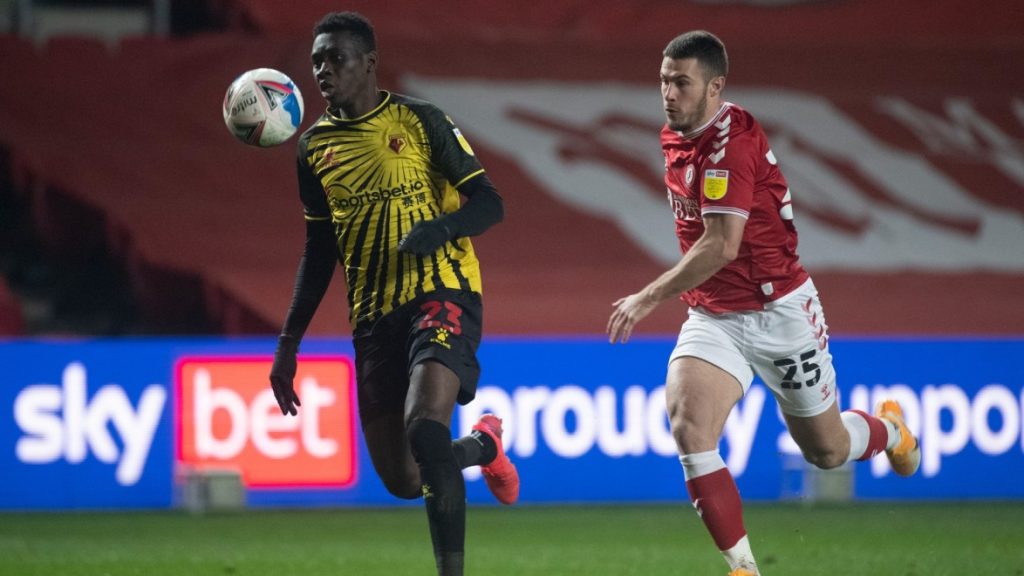 On Saturday in the afternoon, Watford takes on Bristol City in an effort to solidify their place in the Championship playoff spots.

Bristol City, who are currently 20th in the standings, are now relegation candidates after a four-match winless streak, while the Hornets have advanced into promotion contention.

Slaven Bilic has had mixed results with Watford, which is a fair judgment, but it’s important to remember how many points they’ve scored since he took over.

The Croatian coach has led the Hornets into the top six despite losing four of his first ten contests. He has also won six of those contests, earning a total of 18 points.

Four of their previous five games have been in victories for Watford, with their most recent success coming earlier this week in a 2-0 victory against Reading thanks to goals from Joao Pedro in either half. It’s in defense that might make or break whether Watford stays in promotion contention as the Brazilian now has four strikes in five outings, a significant improvement from his return earlier in the season.

Just two goals have been allowed in five games since the 3-0 loss at Millwall on October 19 despite surrendering 22 times in 20 games this season.

Following a strong start to the season, Bristol City is currently going through yet another inconsistent campaign.

But since the middle of September, the Robins have only picked up nine points from 12 games, which has caused the team to slide into the relegation zone.

Now that Bristol City is only three points ahead of West Bromwich Albion in 22nd position, Nigel Pearson will understand how crucial it is to avoid losing this weekend.

However, recent results show hints of improvement, including 1-1 draws with Swansea City and a Middlesbrough team that has seven points in four games under Michael Carrick.

We cannot count out a home victory on Saturday given the slight advancements Bristol City has recently made. Watford, however, is the clear favorite and should have enough strength at both ends of the field to win.