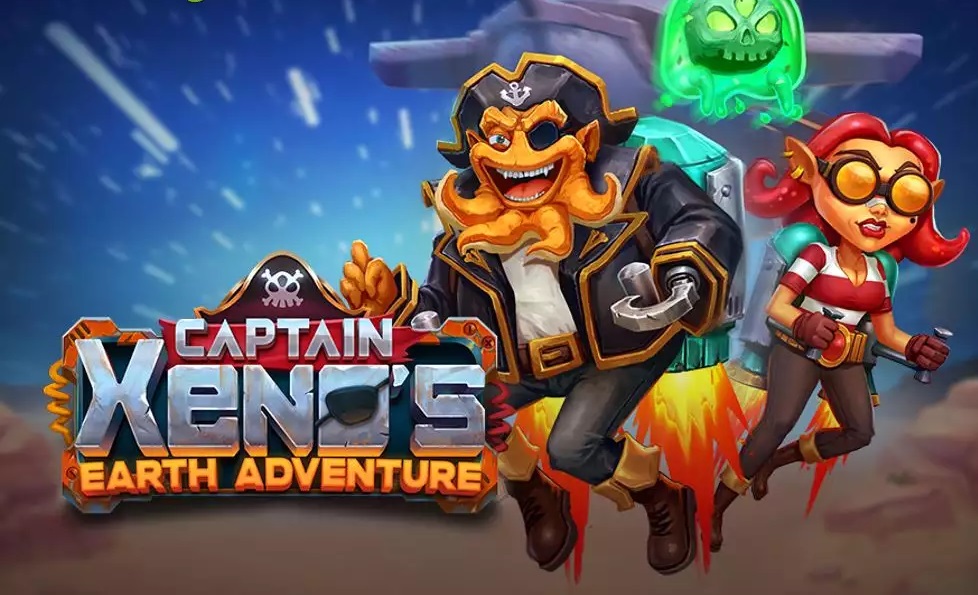 Captain Xeno’s Earth Adventure is one of the Play n GO slot machines that puts a little more thought into the story. Captain Xeno is the primary character, and he is a space pirate. You’ve been forced to land on Earth and must now assist him in escaping, all while earning money. Excellent graphics, nice awards, and a lot of intriguing elements to explore are all things I’d say this game has going for it.

Captain Xeno’s Earth Adventure starts with 5×4 reels and 1,024 ways to win, but there are times when up to 5×10 reels with 100,000 ways to win are available. With a 10,000x jackpot mentioned, you can expect to be well compensated from a slot with a high volatility and an RTP of 96.20 percent. There’s enough going on within, whether it’s wilds, scatters, free spins, split symbols, or numerous random modifiers, so you won’t get bored.

All you need to do now, as is typically the case, is choose a wager for the next round. There are numerous options available, ranging in price from $0.20 to $100

Captain Xeno’s Earth Adventure has the potential to pay out up to 10,000 times the stake. Although we’ve seen better from other high-volatility slots like this one, it’s still a decent reward to look forward to.

The RTP can be as high as 96.20 percent, which is the value I recommend looking for. However, operators have a variety of options, so have a look at this chart before you start playing.

Initially, there are 1,024 ways to win, but there is a Splitting Symbols feature that allows you can gain up to 10 symbols on each reel, up from the standard four. This increases the amount of chances to win, and in the best-case situation, you may have up to 100,000 actives.

W wilds are neon-colored symbols that appear as part of other combinations when they can aid. They serve as substitutes for ordinary symbols on other reels, allowing you to win.

In the base game, you can split symbols by applying an Electric Shock to one of the ordinary symbols, which can appear anywhere on the reels. You get two of each sort of symbol, increasing your chances of winning.

Emergency Wilds, a random modifier, can add up to 5 substitutes to the reels, ensuring a winning combination. You’ll need 3 to 5 scatters on the reels to trigger the free spins, which will award you 8 to 12 free games. Engine Recharge, a random feature that adds two scatters to the reels, provides some assistance.

You’ll move through the free games and even gain more rounds once they start. Any fresh scatters that land during the free spins will be collected in a unique meter.

After a while, you’ll have accumulated enough to earn more free spins and more powerful splitting symbols. After collecting 7 scatters, the splitting upgrades let them to become 3 symbols, then 4 symbols of the same type (after you get 4 additional scatters collected). Each time this happens, you will receive an additional four free rounds.

The theme has a science fiction element to it, with Captain Xeno as the main character. This space pirate is on the run from the cops and must land on Earth. Humans appear to be dangerous monsters from which the pirates must flee, but one of them, you, the player, is prepared to assist their mechanic in repairing the pirate ship.

The traditional five top Royals, 10-A, are included among the slot’s symbols, followed by representations of other characters from the novel. Captain Xeno is at the top, followed by Filla, Boon, Drox, and Atom. There will also be W wilds and scatters on the reels.

Captain Xeno’s Earth Adventure appears to have the potential to be a lot of fun, and there are various methods for it to do so. I think the game’s amusing characters, high-end graphics, and vast variety of functions and modifiers are all positive characteristics.