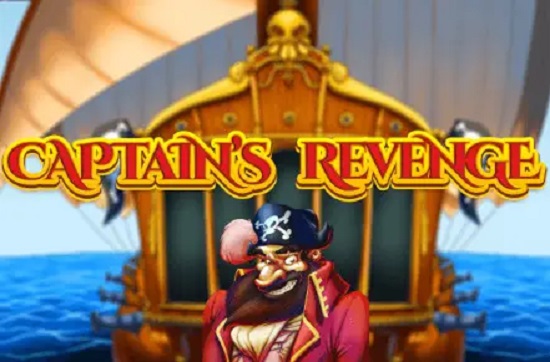 Captain’s Revenge is a pirate-themed slot machine from Nemesis Games Studio, with symbols ranging from one-eyed pirates to parrots. It’s an appealing option, but in a sector already brimming with outstanding designs, with a design style that borders on caricature for some of its major icons.

Captain’s Revenge has five reels and three rows, with 25 active lines. Players can win up to 600 times their bet if all of the top symbols form combos at the same moment (potentially more during free spins). When you consider the RTP of up to 96.20 percent, it appears to be a good choice for most players. Coin Wilds, Ship scatters, and free spins with bonus spins are among the game’s features.

Because you can change the number of lines to a smaller number, you can start the game with as little as $0.10 each spin. You’ll need at least $0.25 if all lines are active. On the other hand, if all lines received the maximum bet of $50, wagers could reach $1,250.

The maximum payout for a single combination is 24x the bet, and with 25 lines available, we can calculate that the game’s highest jackpot for a single spin is 600x the stake. With the free spins, the slot might pay out a lot more, but the maker doesn’t say how much the jackpot was limited at.

However, they do state the RTP, which may reach 96.20 percent with the maximum values occurring during the free spins. It’s a slot with a medium level of volatility.

The first symbol we’ll look at is the Coin wild, which can be used in other combinations. It has no effect on the scatter, but it can be quite rewarding when used in conjunction with ordinary symbols.

The last feature is a set of bonus spins that are played on 3×3 reels and include exclusively gemstone-themed icons. There are 7 different symbols that could land, with rewards of up to 120x the stake paid by the best of them, when forming combinations. To get in, you need three Treasure Chest bonus icons on the middle three reels.

Because this is a pirate-themed slot, the concept is simple, and the characters are the same as in other games of this genre. The four highest Royals, from Jack to Ace, are followed by the Telescope, Saber, Cannon, Jerry the parrot, Sailor Francis, Officer Grace Morgan, and Captain Edwards on the list of emblems. The regular side of the game consists of a Coin as its wild, a Ship as one of the scatters, and a Treasure Chest as the other.

Captain’s Revenge is a good slot game to try if you like pirate-themed slots but don’t want them to be too volatile. As a potential disadvantage, the rewards aren’t particularly substantial.