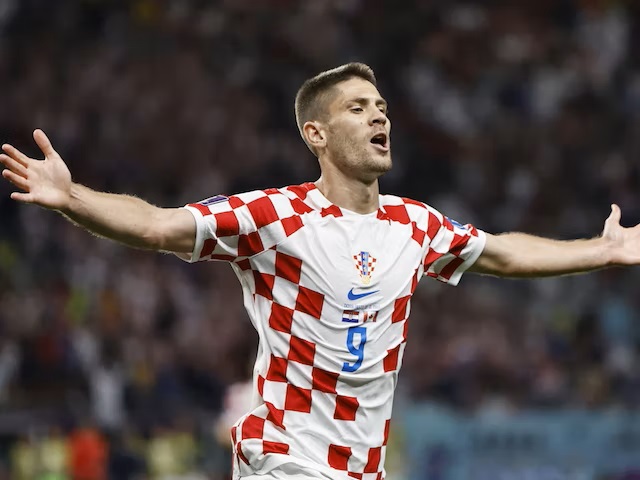 When Belgium plays Croatia on Thursday at the Ahmed bin Ali Stadium, they might potentially be eliminated at the opening round of the 2022 World Cup.

Prior to their last group match, the Red Devils are currently in third position, one point behind Morocco and the Checkered Ones.

Croatia vs Belgium Tips and Prediction

Croatia responded to their goalless draw with Morocco in their first Group F match by defeating Canada 4-1 on Sunday, improving their chances of making it out of the group stage while also eliminating the Maple Leafs.

Alphonso Davies gave Canada the lead after just two minutes, making the Checkered Ones work for the three points, but goals from Andrej Kramaric and Marko Livaja at the conclusion of the first half changed the game totally.

Kramaric then scored his second goal of the game 20 minutes from the end, and Lovro Majer, who had been on the bench, came off to seal the three points in extra time and give Croatia the lead in Group F.

In fact, Zlatko Dalic’s team currently leads their group with four points, just ahead of Morocco in second place on goals scored, and the runners-up from the 2018 World Cup only need a draw against Belgium to secure their spot in the knockout stages. In contrast, a victory would ensure first place if Morocco failed to defeat Canada by a margin bigger than the Checkered Ones.

Prior to the match on Thursday, Croatia, which is currently ranked 12th in the world according to FIFA, had a strong run of results. They had gone unbeaten in their previous eight games across all competitions, and they had only lost one of their previous 18 international matches since Euro 2020.

Croatia hasn’t defeated Belgium since a 1-0 friendly triumph in 2010, but the mood in the Croatian camp is positive, and Dalic and company will believe they have a good opportunity of taking advantage of their opponents’ inconsistent play on Thursday.

Four years after achieving their best-ever finish at a major event by placing third at the World Cup in Russia, Belgium’s golden generation is now facing the prospect of a potential early exit at the group stage in Qatar. The Red Devils were fortunate to win their opening Group F match, a victory over a valiant Canada team, but their good fortune ran out against Morocco, who defeated them on Sunday thanks to two late goals from Romain Saiss and Zakaria Aboukhlal.

Romelu Lukaku allegedly had to intervene to stop a post-game altercation between Kevin De Bruyne and Jan Vertonghen in the dressing room, according to recent media reports. While riots broke out in the streets of Brussels after the game, there have allegedly been tensions within the Belgium team.

De Bruyne’s puzzling assertions that he and his teammates are “too old” to win the World Cup haven’t helped Belgium’s cause at all, and they’re even more puzzling given that Brazil and Argentina, two of this year’s pre-tournament favorites, also have older lineups on average.

The Red Devils need to defeat Croatia in order to secure their spot in the round of 16, and Roberto Martinez is under pressure to get his team out of the group. However, if Morocco loses to Canada by three goals or more, a draw will only be good for a top-two finish.

FIFA’s second-ranked team in the world, Belgium, has dropped three of its last four games across all competitions, but the Red Devils are unbeaten in their last three meetings with Croatia, including a close 1-0 friendly victory in June of last year. This gives the Red Devils some cause for hope going into Thursday’s pivotal match.

While Croatia only needs a draw to advance to the round of 16, Belgium must play well on Thursday in order to advance out of Group F and avoid a disappointing early exit.

However, Dalic’s well-balanced Croatian team has looked stronger after the first two group games, and we can see the 2018 champions coming out on top to end the group stage at the top. Belgium has individual stars who, on their day, can make the difference when it matters.