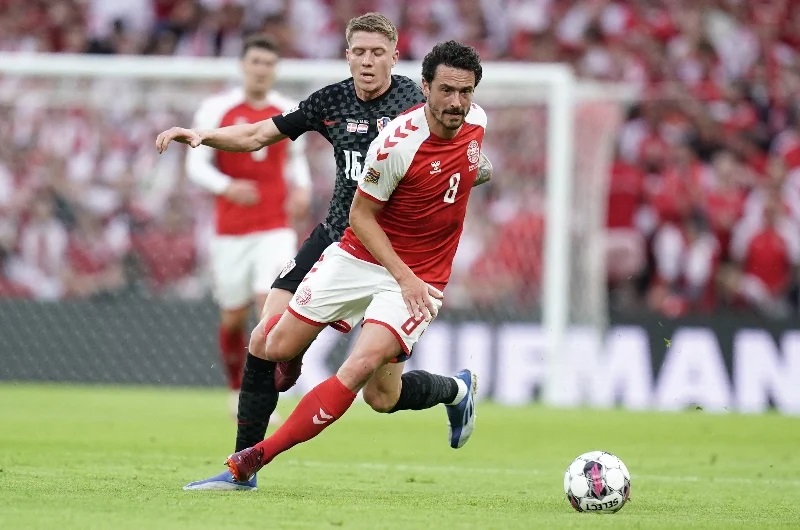 On Monday night, the top two teams in League A Group 1 of the UEFA Nations League prepare for a showdown at the Parken Stadium in Copenhagen, as Denmark hosts Austria.

Last time out, Kasper Hjulmand’s side lost 1-0 to Croatia, while the visitors were unfortunate not to walk away with all three points from their match against France.

Denmark vs Austria Tips and Prediction

Denmark paid the price for failing to take advantage of a Croatian side without Luka Modric and Mateo Kovacic for 45 minutes on Friday night, losing a close match to the 2018 World Cup runners-up on home soil.

Croatia came out firing in the second half after a flurry of half-time substitutions, and Atalanta BC midfielder Mario Pasalic tucked home in the 69th minute to break Denmark’s unbeaten start in the group, although the Scandinavians remain in first place.

Indeed, after leaving Austria and France with three points apiece earlier this month, Hjulmand’s squad is two points ahead of their forthcoming opponents, and anticipation is only rising ahead of the 2022 World Cup, where Denmark will discover the destiny of their last group opponents this week.

Denmark’s defeat to Croatia broke a six-game winning streak on home soil, and it’s been over a year since Hjulmand’s team drew a game in any competition, but a win here would put them in prime position to qualify for the finals when they return in September.

Kylian Mbappe returned from injury in time for a productive 30-minute cameo on Friday, and while no one wishes a player poor health, Austria fans were certainly disappointed to see the Paris Saint-Germain striker depart the treatment room so quickly.

Ralf Rangnick’s side were on set for a remarkable win over the world champions courtesy to Andreas Weimann’s goal before Mbappe’s introduction, but Mbappe’s 83rd-minute response forced a draw in Vienna.

Rangnick’s team was rightly praised for coming so close yet so far to taking all three points home, but the former Manchester United manager was keen to avoid messages of congratulations following their failure to hold on to a slender lead, and the result leaves Austria in second place after three matches.

Rangnick’s first three games in charge have yielded one win, one draw, and one loss, putting him in a position to try to lead Das Team to a sixth consecutive win away from home in the Nations League.

The most recent of those victories came in Rangnick’s first game in charge, when Das Team defeated Croatia 3-1. However, they lost 2-1 to Denmark earlier this month, and have now lost four consecutive games to their Scandinavian counterparts since a friendly victory in 2010.

Both Denmark and Austria can be pleased with their openings to the current Nations League cycle, but they will be eager for a long summer break, which could result in a cautious clash between fatigued legs.

On their own turf, Hjulmand’s players are unlikely to be held at bay, but Austria held their own against France admirably, and we believe this match will end in a low-scoring tie.