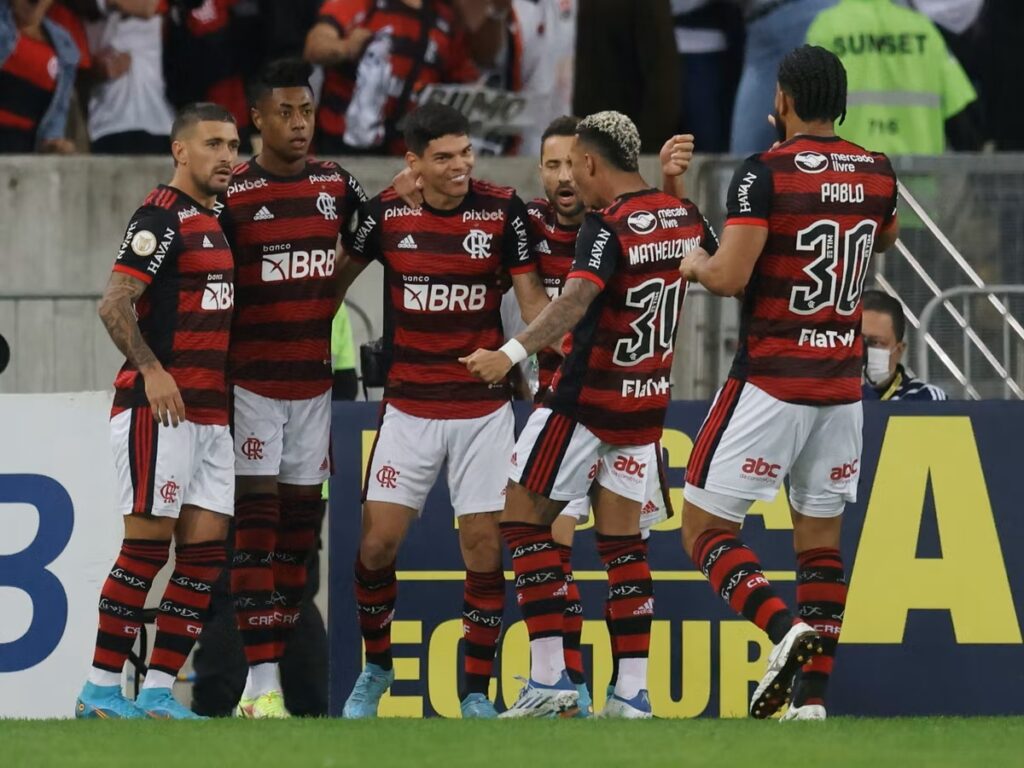 Deportes Tolima, Colombia’s last hope for the Copa Libertadores in 2022, enters their encounter against Flamengo on Wednesday needing a win at the Maracana.

Last week, the 2021 runners-up at this tournament blanked Deportes by a score of 1-0 in that round of 16 tie, ending their nine-match unbeaten streak across all competitions.

Flamengo was in a precarious condition when Dorival Junior took over management duties from departing manager Paulo Sousa, as seen by his team’s uneven play over the prior seven games.

They struggled in the final third, scoring one goal or less in four games, and lost three of his first four matches in command.

Despite the turmoil at the club, it appears that Junior has given the team at least a more defined identity since he has always started with a back four, three midfielders, and a few minor changes up forward.

That appears to have helped them play with a lot less confusion than we observed when Sousa was in charge of the team. The former Portuguese manager frequently changed his tactics at the drop of a hat, which appeared to increase confusion and gaffes among the players.

Though they were on the back foot for the majority of the first half after taking the lead in the 17th minute, Mengao still don’t appear very convincing on the field, especially in the first leg of this knockout round.

The team from Rio was far too easy to penetrate through the middle last week, even though they didn’t concede against Tolima. The home team’s shoddy finishing was the only thing keeping them from losing. However, one aspect of this team that you can typically rely on is their capacity to withstand the pressure of this tournament, as they have not lost an encounter since the round of 16.

The defending Colombian champions only dropped one of their group games in this year’s competition, finishing level on points with the defending Brazilian champions Atletico Mineiro. This was their first Copa Libertadores appearance since 2019.

Hernan Torres, the manager, has emphasized the value of a team effort during the entire 90 minutes, and his players have taken his advice to heart by continually covering space and making sure the open areas of the field are effectively defended. Their success in the 2022 competition so far has been largely attributed to their effective teamwork, which has also placed them in a position to move on to the round of eight.

They have rallied to win from a losing position twice so far in the 2022 Libertadores, and they also defeated Galo to earn three points in their final group game by scoring the winning goal four minutes after giving up the equalizer.

The Colombians participated in a real knockout round match last week for the first time in this competition; prior to that, their best result was a semi-final participation in 1982, however at that time, each round was a group stage game with just the top side moving on. Even though El Vinotinto y Oro have only won two away games in the Libertadores against Brazilian opponents, they don’t have to go far to be reminded that pulling off an upset like this is more than possible.

Deportes needed to win against Minerao on matchday six in order to guarantee their spot in the knockout stage, and they succeeded by scoring the winning goal in the 92nd minute.

That goal was crucial since a tie in that game would have seen them fall to third place because Independiente del Valle had a better goal differential.

Flamengo can always rely on the Copa Libertadores to lift their spirits and keep them motivated when circumstances are at their worst. Despite not having the same physical presence as the South American force of previous years, they have more than enough quality players to fill in the gaps and win this tie.