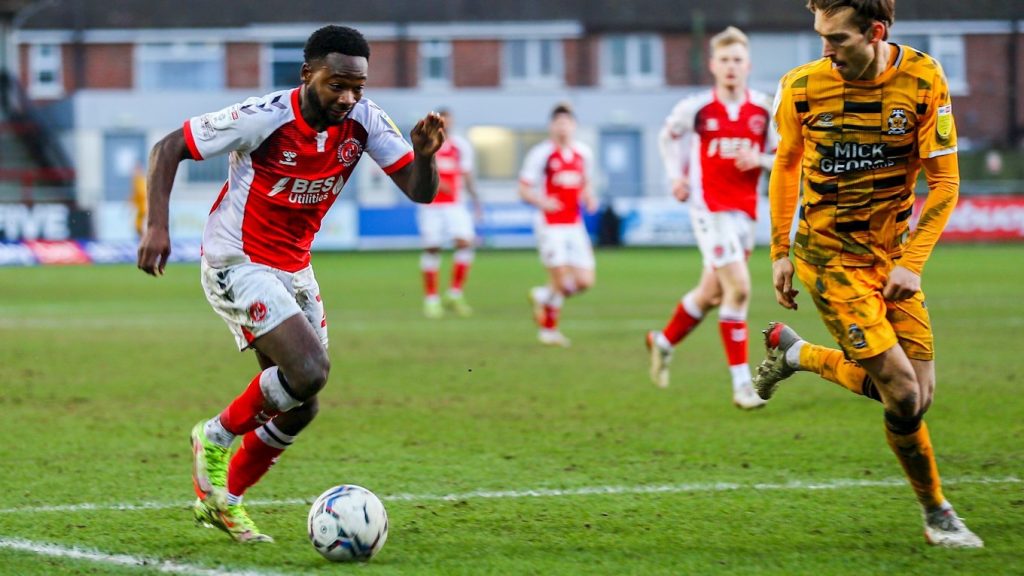 When Fleetwood Town hosts Cambridge United at Highbury Stadium this weekend, they will be looking to extend their unbeaten streak, which has already reached three games across all competitions.

The visitors, meanwhile, hope to build on their last match’s scoreless draw with title-contending Plymouth Argyle.

Daniel Batty celebrated his birthday in style and delivered the Cod Army their first road victory since October with a thrilling late 2-1 comeback victory for Fleetwood.

Due to that result, Fleetwood is currently ranked 15th in the table. If they were to win today, Scott Brown’s team might move into the top half of the division.

The Fishermen’s most recent league match at Highbury Stadium ended in a loss to Bolton Wanderers, but before that setback, Fleetwood had gone three games without a loss at home, drawing with Forest Green Rovers and winning over Accrington Stanley in the league before defeating Oxford City to win the FA Cup.

Brown will be anxious to see his team turn things around when they take on Cambridge United, a group that has gone four games without a victory in any competition.

Cambridge has gone six home league games without scoring after last week’s draw with high-flying Plymouth Argyle. The U’s may have had the most scoring chances in a fast-paced game, but Argyle’s Michael Cooper made several fantastic saves in goal to keep the scoreless.

But Mark Bonner will be encouraged by his team’s strong performance against Plymouth and will be hoping that the Amber Army can play with a same level of enthusiasm in the game against Fleetwood on Saturday.

Bonner’s team desperately needs points as they currently hold the 20th spot in League One, one point above the relegation zone.

The U’s have struggled on the road this season; they have only won twice away from home, with their most recent victory coming in a win against Wycombe Wanderers in October.

Cambridge will draw inspiration from their performance against Plymouth last time out, despite the fact that Fleetwood is in better shape going into this encounter.

We anticipate a close game, but given Cambridge’s road performance this year, we favor a narrow Fleetwood victory.