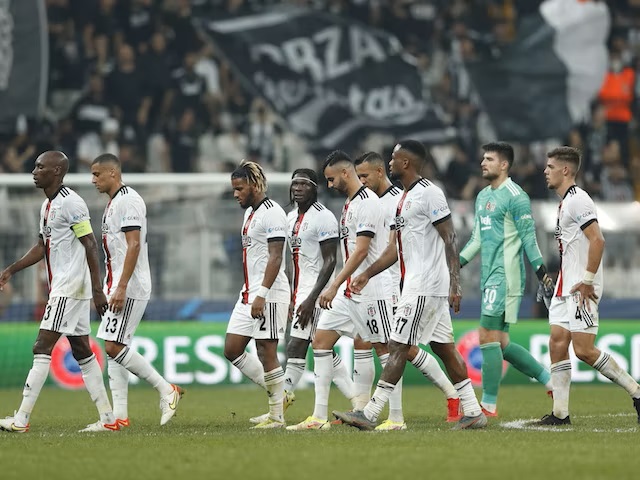 When Erol Bulut’s team hosts Besiktas at the Gaziantep Stadium on Sunday, they will be looking for their first victory in four meetings.

The hosts only have four league victories this year, while the Black Eagles are just two points out of the UEFA Europa Conference League qualification spots.

Gaziantep vs  Besiktas Tips and Prediction

Throughout the 2022 FIFA World Cup, Gaziantep played three friendly games, winning the first one 3-1 against Al-Batin on December 5 and the second 1-0 over Konyaspor five days later thanks to a goal by Alexandru Maxim just before halftime.

But on Wednesday, in their final friendly match, Bulut’s team fell to Hatayspor 2-1, with Lazar Markovic’s goal serving as simply a consolation for Bertug Yildirim’s two goals in the first half.

The hosts’ last league match took place on November 13 when Bulut’s team drew 3-3 with Fatih Karagumruk despite taking a 2-0 lead after 20 minutes thanks to goals from Ertugrul Ersoy and Joao Figueiredo.

Most recently, Gaziantep participated in the Turkish Cup’s fifth round on Thursday. After defeating Boluspor 3-1, thanks to goals from Maxim, Ersoy, and Markovic, Gaziantep successfully advanced to the round of 16.

After defeating Sanliurfaspor on Wednesday by a score of 4-2 to advance to the Cup’s round of 16, Besiktas joined Gaziantep in doing so. The Black Eagles were able to advance to the next round thanks to goals from Georges-Kevin N’Koudou, Wout Weghorst, and Cenk Tosun, who scored twice in the second half.

The Turkish football powerhouse failed this season, recording only six victories from 13 league games, with no European commitments for the first time since 2013.

Throughout Qatar’s end-of-year winter festival, Besiktas took part in no fewer than five friendly, winning four of them for Senol Gunes’ team.

On November 29, the Black Eagles defeated Istanbulspor 4-0 thanks to goals from Nathan Redmond, the aforementioned Tosun, Kerem Kesgin, and Dele Alli. This victory marked the start of a five-match winning streak for the Black Eagles.

After their resounding victory, Besiktas was held to a 1-1 tie by fellow Turkish Super Lig team Fatih Karagumruk three days later, but they quickly got back on track with triumphs over Charleroi (2-1) and Westerlo (1-0) in the Belgian Pro League the following week.

On December 15, the Black Eagles defeated Giresunspor 5-3 thanks to a first-half penalty from N’Koudou, a brace from Gedson Fernandes, and the in-form Tosun. This victory marked the end of the Black Eagles’ 16-day mini-friendly schedule.

The Black Eagles should have enough to defeat Gaziantep and keep their hopes of competing in Europe next season alive, especially if Besiktas is able to use the services of Romain Saiss and Wout Weghorst following their trips to Qatar.