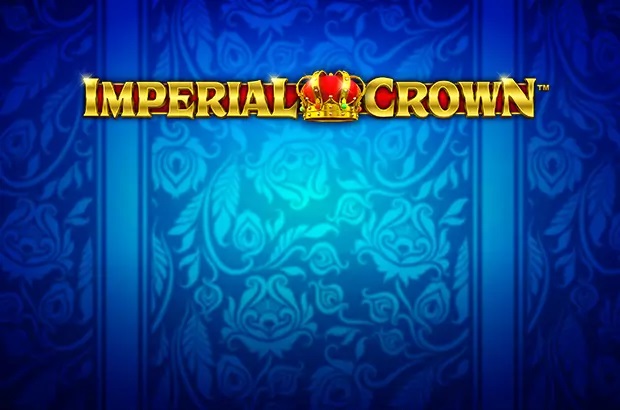 Another fruit-themed slot machine has been added to Greentube’s collection, this time called Imperial Crown. It’s a modern release in terms of design, even if the symbols picked aren’t really engaging. Fortunately, the game excels in other ways, and I believe it may be a viable alternative to many modern online slots.

Imperial Crown has 5×3 reels and just 5 active lines, yet it has the potential to pay out up to 5,000 times the stake. With a medium volatility setting and a perfectible RTP of 95.48 percent, it gets there. Scatter symbols, growing Crown wilds, and the Diamonds Mystery Jackpot bonus were among the new features.

Starting out with Imperial Crown is simple; simply choose a bet from the available options, which vary from $0.20 to $20.

Imperial Crown’s ultimate prize is awarded through a special Jackpot bonus game called Diamonds Mystery. There’s a Diamond Jackpot there, worth 5,000 times your wager, and that’s the one you’ll want to get the most.

While the payouts seem appropriate for a slot machine with medium volatility, there is one thing I’d like to see improved, and that is the RTP, which is now set at 95.48 percent.

Features of the Imperial Crown Slot

Imperial Crown has two key aspects, one of which takes the form of a growing wild. Because it appears on all five lines, it can be highly powerful, making it simpler to construct winning combinations on all of them if the other prerequisites are completed.

The Diamond Mystery Jackpot feature, on the other hand, is the one you truly desire. It has four levels of mystery, and the higher you go, the bigger the jackpot you can win. The following are the four jackpot levels and their base win values:

Green Jem (1st level) is worth 50 times the stake.

The feature is a card game in which you pick from a set of 12 cards until you find three of the same type. Each class is associated with a specific gemstone. It’s not a particularly complicated feature, but it may be really effective, and it may be the only way to get the slot’s best payouts.

Imperial Crown comes up with a classic motif that features a lot of fruits and other vintage symbols. The Crown will be one of the symbols, but there will also be Stars, Bells, Watermelon, Grape, Orange, Lemon, and Cherries. There’s nothing new there, as you can see; these are the same symbols we’ve seen hundreds of times before. However, the current design chosen in their case makes for a nice-looking set of symbols.

Since Imperial Crown has a lot of impressive features, I didn’t worry as much that there were only a few lines and that typical combinations don’t come close to paying the maximum prize.