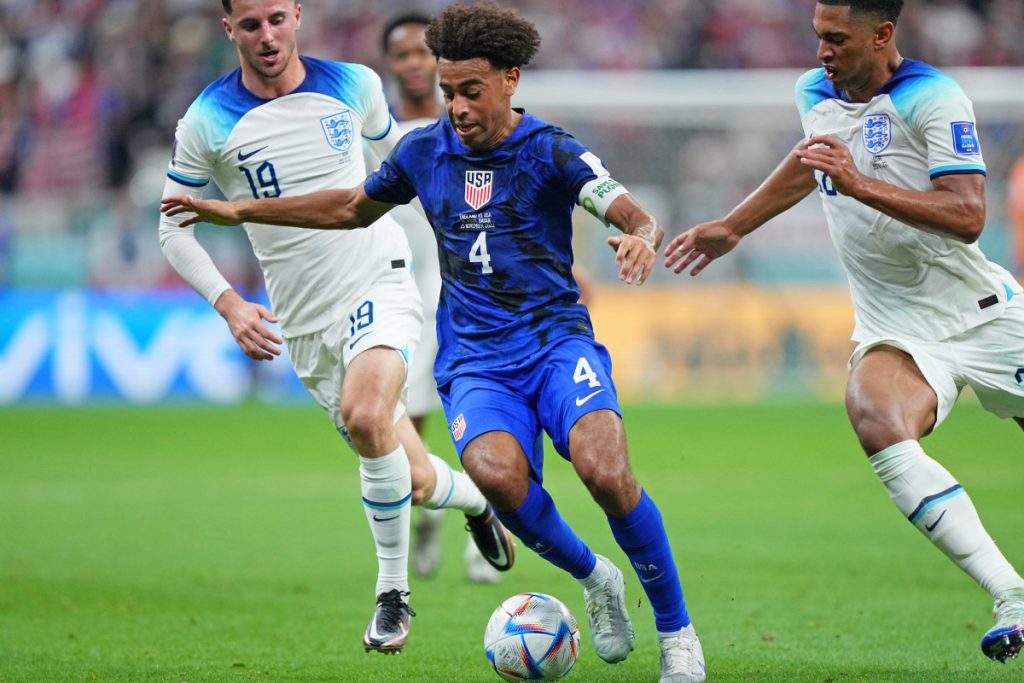 Iran takes on an impressive USA team at the Al Thumama Stadium on Tuesday, with three points being enough for either team to advance to the knockout stages after their dramatic victory over Wales on Friday kept their World Cup hopes alive.

While the Stars and Stripes will be regretting missed opportunities that forced them to share the points with the Three Lions last time out, Team Melli looked like a completely different team against Rob Page’s men than the one that was thrashed by England in their opening game.

Iran vs USA Tips and Prediction

During the victory over Wales, Iran appeared to be returning to the form that earned them a spot in the World Cup. Late goals from Roozbeh Cheshmi and Ramin Rezaeian quickly dispelled any notions that Team Melli would be the target of ridicule in the group after a humiliating loss to England.

Sardar Azmoun, a forward for Bayer Leverkusen, was available from the start against Wales, giving Carlos Queiroz’s team a greater offensive threat. The 27-year-old combined well with star Mehdi Taremi, who unlike in the first game of the group stage had a competent partner in crime at the top end of the pitch.

Azmoun, who has a calf injury that has kept him out of action for his club team since early October, went down three separate times for treatment before miraculously getting up and continuing. The 40-goal international was eventually substituted after 68 minutes as his team sought a victory.

Iran, who are currently in second place in Group B with three points after two games, understands that a victory over the United States will guarantee them a place in the World Cup’s knockout rounds for the first time in team history. However, even a draw on Tuesday would be sufficient if Wales loses to England.

Asian-American qualifications Iran could add to the success stories from that region by making history on Tuesday night by making it past the group stages for the first time. Japan and Saudi Arabia have already caused notable upsets within the first week of this World Cup.

Gregg Berhalter’s USA team has demonstrated they are poised to be a new prospect in international football with a young crop of energetic and athletic stars despite failing to earn a perfect score in either of their two opening games at this tournament.

Ten such players donned the stars and stripes on Friday night and overran England for large portions of the match, with only poor finishing preventing Berhalter’s team from earning their first World Cup victory after decades of Americans competing at the top level in Europe.

After escaping Bukayo Saka’s attention and firing from inside the box, Weston McKennie missed. Shortly after, Christian Pulisic fired a fierce shot that Jordan Pickford had to deflect away from the goal.

When compared to their English opponents, the USA really stood out for their athleticism and sharpness; full-backs Sergino Dest and Antonee Robinson of Fulham provided pace on the wings, and Tyler Adams stifled Jude Bellingham and Mason Mount in the middle of the field.

If Berhalter’s team defeats Iran on Tuesday, they will face either the Netherlands, Ecuador, or Senegal in a knockout match. If the Stars and Stripes can rediscover their ruthlessness in front of goal, they could pose a serious threat to the top teams in this competition.

After a rocky start against England, Iran is back on track in this World Cup. However, they now face the USA, who appear to be a formidable opponent for any team in this year’s tournament.

Although Berhalter’s team has yet to add three points to their enthusiastic displays, they should be able to defeat an Iranian team that might be without Azmoun and go to the knockout stages.