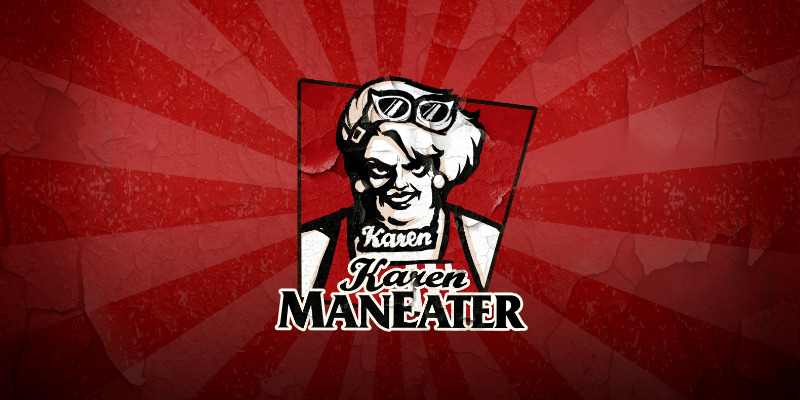 Karen Maneater is one of Nolimit City’s new slots, a game with a strange concept that I expect to be intriguing in a variety of ways. The definition of a Maneater appears to be that of a femme fatale, a woman who looks good and will seduce a man despite her lack of interest in him. Although surprising, Nolimit City’s implementation makes her into a cannibal in a post-apocalyptic scenario, thus it may not be for everyone.

Karen Maneater has 6 reels, a 2-3-3-3-3-3-3 and 486 ways to win at minimum (can go up to 5,040 ways as you play). This slot machine should be on your radar thanks to a 96 percent RTP and a jackpot that might reach 11,757x the stake, despite the fact that its high volatility doesn’t yield as large prizes as other Nolimit City offerings. The xWays system, Infectious Wilds, scatters, and the free spins featured with the Bonus Meal are all key aspects to highlight.

Karen Maneater’s wagers begin at a fairly reasonable $0.10 and can be upped to as high as $70.

The xBet increases the bet by 30%, but you now have a higher chance of getting the free spins because a scatter symbol always appears on the second reel.

There will be excellent prizes for you to pursue, however the 11,757x jackpot mentioned before isn’t quite as motivating. There are several real money slots with extreme volatility that go considerably higher.

Even so, given that the RTP is set at a respectable 96 percent, I believe you should give it a shot.

You’ll note that xWays symbols can appear on reels 2-5 on occasion. These will become a random symbol with two to four of them in a single spot. The number of active ways to win for the round increases as a result of this.

Something special, an Infectious xWays emblem, could appear on the first reel. This one transforms into a seven-position sign. The picked random symbol will morph into the same size on the other reels as well.

Infectious Wild is a feature that can be triggered by landing its own wild symbol on the 6th reel. The wild begins to move down one spot at a time, with each nudge increasing its multiplier. The higher it starts on the reel, the greater the multiplier by the time it reaches the bottom.

Those multipliers are utilised to increase the value of the symbols on its reel, even doubling the value of any Infectious xWays icons that may appear.

The Bonus Meal, which is where the free spins are accessible, is the key feature. Three or four special scatter symbols on the middle reels (2-5) are required to win the Value Bonus Meal or the Deluxe Bonus Meal, respectively. If there aren’t enough of them to trigger a feature, the scatters are transformed into random xWay placements. At this stage, the gaming area receives a boost, with 2-3-4-5-6-7 symbols available each round.

Deluxe Bonus Meal: 10 free spins with 4 Sticky xWays triggered by as many scatters as possible.

Sticky xWays symbols gain an extra ability here, increasing in size by one spot after each victorious round. They can only have 42 symbols in a single location at most.

The reels are put against the wall of some type of camp built on the remains of New York City, and the background image appears to be post-apocalyptic. Lady Liberty’s head is even on the ground, becoming part of the wall. You’ll find a game area that doesn’t appear appealing, but you can’t turn away because there are cannibals prowling the reels.

Toilet paper, beer mugs, needles, batteries, an AK-47, and five primary characters, each more colourful than the last, are among the symbols employed inside. Karen is the most important sign. Aside from that, you’ll find xWays symbols, wild Gas Canisters, infectious xWays icons, scatter Raccoons, and the Sticky xWays.

Overall, it’s hardly unexpected that Nolimit City has created another another thrilling and unusual slot machine. The lower awards are the only ones that don’t seem quite right in one of their games, but if you’re not afraid of gore, Karen Maneater is still worth checking out.