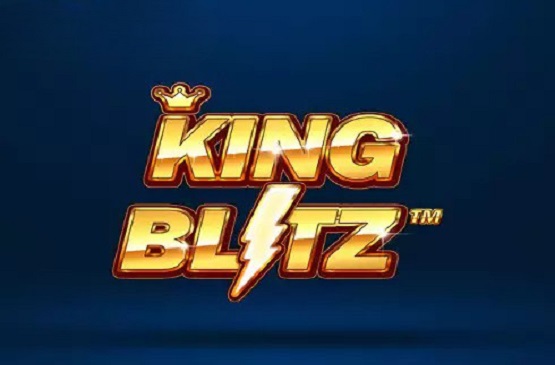 With King Blitz, a slot machine with an African animal theme, Playtech isn’t exactly providing original stuff. The Lion takes the lead, with the other creatures generally acting as prey rather than predators. The progressive jackpot from the Blitz network is its main selling point, but there are a few more intriguing things inside, especially among its features.

King Blitz has a whopping 4096 chances to win, which necessitates the usage of 6×4 reels to accommodate them all. Despite the fact that it may produce a large number of combinations, it does not pay out a large sum on its own, and the set jackpot appears to be limited to 1,144 times the bet.

You can, however, try your luck at the Blitz Jackpot, which is a stronger reason in favor of this game.

The slot machine asks you how much you wish to wager as soon as the game loads. Values ranging from $0.20 to $100 can be chosen.

This slot machine’s maximum direct payout is $114,412.50, implying that a multiple of a little more than 1,144x the bet is achievable. Most players who try this game will most likely choose for the Blitz network’s progressive jackpots instead. The major jackpot is the Blitz Jackpot, while the Major, Minor, and Mini versions are minor options.

We know that the game’s RTP can reach 96.54 percent, but there are also lower RTP figures (95.42 percent is another one we’ve encountered in casinos).

The Lion is a notable symbol since it is stacked and pays up to 150 coins for each combination it creates.

On the six reels, there is a Diamond Wild, which the game may employ to replace one of the regular symbols.

The path to the free spins feature is straightforward; simply land three, four, five, or six scatters with the Free Games logo on reels 3, 4, 5, or 6. The resulting feature will include 8, 10, 12, or 15 free games, depending on your preference.

You can accumulate multiplier values from the reels into special meters during the free spins. You can gain an extra 8 spins each time you fill up the various meters, as well as increasing multiplier values, as you fill them up (up to 10x). The multiplier symbols that land are added together, and the entire value is applied to winners.

The Jackpot Blitz bonus game is also available, and it is activated at random. You are given a screen with 20 diamonds, and you must click on them until three jackpots of the same type are found in order to win.

In terms of the concept, it’s a popular one, transporting us to Africa and displaying as emblems some of the animals that live there. They chose the Lion as the top symbol, the king, while the rest are all predatory animals.

They still begin with six Royals of dubious design and worth, but they soon move on to emblems such as the antelope, Meerkat, giraffe, zebra, and stacked Lion. The various features are accessed via a Diamond Wild and a Free Games logo.

Even if the slot’s top prizes aren’t particularly outstanding, King Blitz has a common look and a collection of attributes that can be powerful. It could be a good pick for someone who enjoys games with progressive jackpots because of its high RTP settings (if you can locate them at a casino).