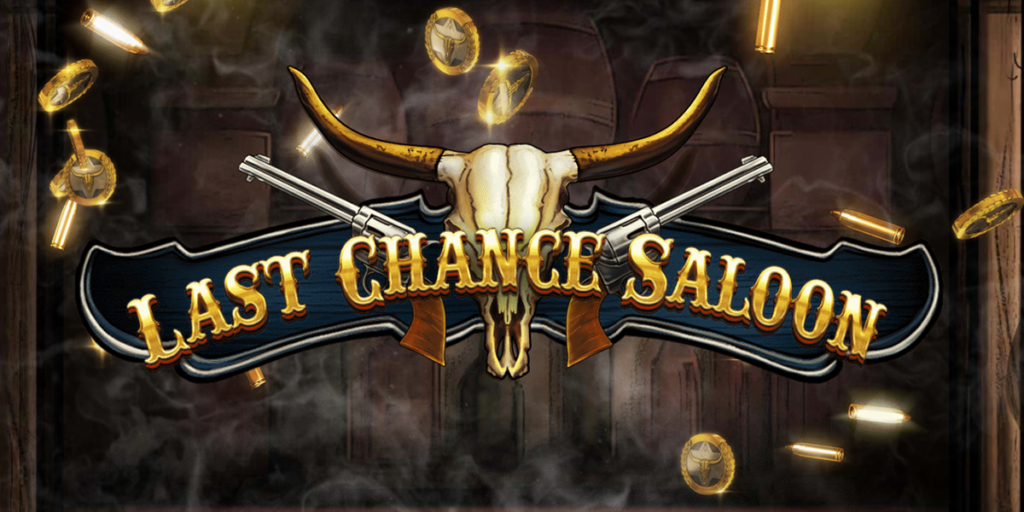 Chance Bar reminds me of a card game set in a Wild West saloon in the nineteenth century. It’ll have that vibe, but largely due of the decorations, not so much on the reels, where the symbols reveal a more conventional side. It’s a tamer Red Tiger slot than many of the ones we’ve seen this developer release so far, but it does have a few positive aspects.

Last Chance Saloon has 30 active lines thanks to its 5×4 reels. I was pleased to find a medium-volatility slot capable of paying up to 4,982x the bet, though I would have like a higher top RTP than the quoted 95.79 percent. The Coin Wild, multipliers, scatters, and Bullet Spins are among the new features.

Every Red Tiger slot machine has the same type of bet structure, and it hasn’t changed in this case. All you have to do is choose an amount for the round, which may be anything between $0.10 and $20.

Last Chance Saloon can offer a top prize of up to 4,982x the round’s stake in exchange. That’s a fairly fantastic return for any game, but it’s more impressive when we’re talking about a medium-volatility one.

The RTP department is one area where I wish they had given us a little more. It can reach as high as 95.79 percent, but operators can set lesser figures if they choose.

The wild symbol will be hosted on the third reel. This one appears as a Coin of some sort, and it will, of course, be used to create new winning combinations. It goes a step further, though, by including a Coin Flip feature. You simply flip the coin to see if it has a multiplier. Any wins that the wild had in that round will be boosted as a result of this. Multipliers of up to 50x are achievable here.

The image of a cow skull, a couple of rifles, and the Bullet Spins logo make up the second feature symbol. It is only available on the first, third, and fifth reels. Get all three to activate the Bullet Spins, which will last for 6 to 8 rounds. The game ensures the arrival of Coins every round in this mode, and the multiplier will remain for the duration of the feature. With each additional Coin that lands, you simply add to the multiplier, which is only reset at the end of the free spins.

The atmosphere is similar to that of a Wild West bar. It’s largely visible through the decorations around it, such as the double doors at the bottom and hats or rope hung from the walls. The cow skull combined with the two pistols in the logo will undoubtedly mean the same thing. They didn’t employ the Wild West icons on the reels, though; instead, you’ll see a mix of Royals and conventional symbols.

It all starts with the feature symbols, which include a Badge that looks like a coin as the Wild and a Cow Skull with a logo as the scatter. Four top Royals (J-A) are displayed, together with dice, cards, the Triple Bar emblem, and a Triple 7.

Last Chance Saloon appears to be a good alternative for those who want something that isn’t too spectacular yet can pay a premium. It doesn’t have the finest RTP, so if you’re searching for the best odds, this isn’t the game for you.