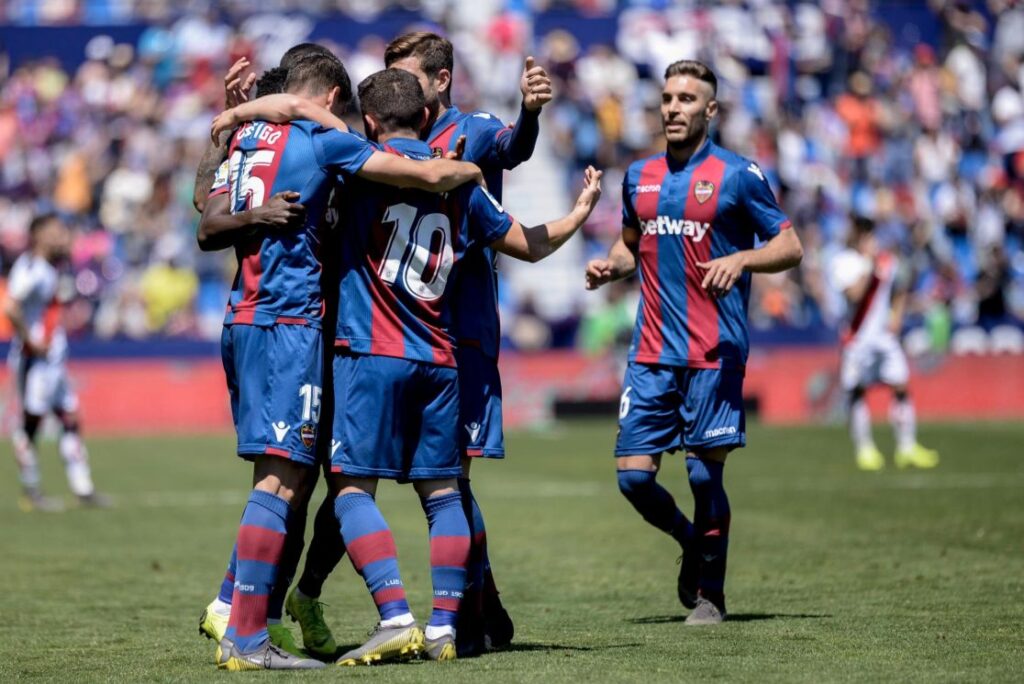 The hosts are looking for their first win after nineteen Laliga games. Similarly, Mallorca has not won in four consecutive Laliga games. Levante currently sits at the bottom of the table with 8 points. Mallorca occupies the fifteenth position in the Laliga table. This review offers you some key talking points for the match scheduled at Estadio Ciudad de Valencia stadium.

Our best picks for Levante vs. LCD Mallorca clash

Mallorca restricted Barcelona to one goal in their last Laliga game while Levante was helpless against Villarreal. Will Levante salvage its stay in the top-tier division this season? Will the visitors stop conceding too many goals? Peruse through our top tips below:

Both teams scored on seven occasions in the last eleven meetings between these two teams. Secondly, Mallorca’s previous five games in the league saw both teams score. Three of Levante’s last five Laliga games saw both teams get to the score sheet. We anticipate both teams to score when Levante meets Mallorca on 8/1/2022.

Four out of five Levante’s previous Laliga games produced over 3.5 goals. Additionally, Mallorca saw over 3.5 goals in three of its last five Laliga games. Both of these teams tend to concede goals in the league. When Levante and Mallorca go head-to-head, they produce over 2.5 goals. In their last eleven encounters, five games produced over 2.5 goals. We anticipate that this will be an open encounter because the hosts will see Mallorca as a young team. The visitors know that time has come for them to fight their way out of the relegation zone.

The hosts are yet to find a win in the league from the last five games. Nevertheless, they only suffered defeat twice during this period. The visitors also secured a single win from the last five encounters in the league. The hosts have drawn three games from their previous five Laliga matches. The visitors on the other hand drew two games from their last five Laliga matches. We expect a cagy game where no team will want to settle for nothing other than a point from this encounter.

Levante has been the better side in this fixture dating back to 2012. They have beaten Mallorca on six occasions while Mallorca has recorded two wins against Levante. Seven matches between these two teams have produced between two to three goals. Three goals have ended all square between 2012 and 2021 when these teams clash in the league. Levante will try to fight for a familiar result when they meet Mallorca. However, we anticipate a tough encounter because the hosts will have to go against their current form to get a positive result from this game. Mallorca is three positions safe from the zone as of now. Therefore, it is Levante who will have much to play for in this clash.