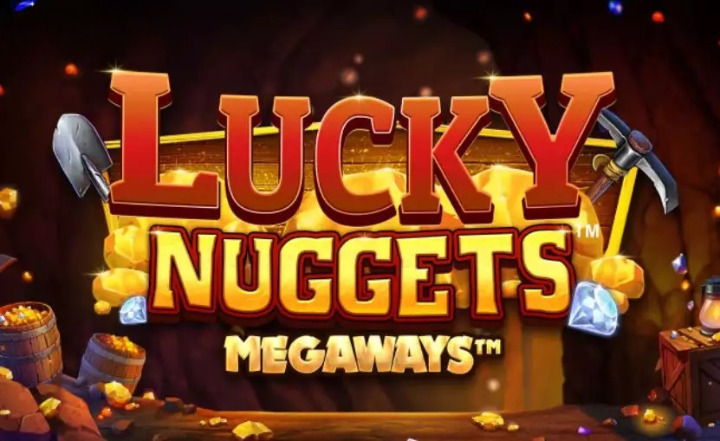 Blueprint Gaming already boasts a diverse portfolio of Megaways slots, all of which are powered by the same Big Time Gaming engine. They’re one of the developers who has done a great job, especially when it comes to providing novel mechanics for this popular engine. Lucky Nuggets Megaways is their most recent offering, a game with fewer ways to win than others of its kind, but which excels in other respects.

Lucky Nuggets Megaways contains the same six reels as the rest of the category, but each one can only hold up to five symbols, resulting in a maximum of 15,625 Megaways. Free spins, Golden Nuggets to collect, and a Strike Gold stage are all noteworthy features. Because the maximum payout in this slot is $250,000, it appears that 50,000x the investment is the better bet. All of this comes from a slot that is extremely volatile, with an RTP of 95.50 percent.

You have the option of selecting the wager for the next spin, which ranges from $0.10 to $10.

If everything goes according to plan, Lucky Nuggets Megaways will reward you handsomely, but I doubt it. High volatility, on the other hand, brings with it not only danger but also a slim potential of earning big. They set a $250,000 limit on awards in this case (which would be 50,000x the max bet).

The RTP is also important, and the value given here is 95.50 percent. This is acceptable, but it is lower than the figures found in most recent releases.

First, if you’re unfamiliar with the Megaways engine, let me explain how it works. It’s a six-reel system in which each reel has between two and five symbols on it. Because each reel is randomised, the number of possible winning combinations might vary greatly. In this example, there are a total of 15,625 ways to win.

The slot will activate a free spins feature if bonus symbols appear on three or more reels at the same time (between 10 and 25 spins provided). It will acquire Golden Nuggets that land on the reels with the help of the Lucky Prospector. Each one has a prize ranging from 2x to 2,000x.

In this mode, if you collect four Prospectors, you’ll unlock more free spins. Each Prospector who lands collects the Golden Nuggets, therefore the same prizes can be obtained several times.

These Prospectors also come with a multiplier that can go as high as 10x, ready to be used to Golden Nugget winners.

4 Prospectors will double the multiplier and offer you an additional 10 free spins.

The multiplier is increased to 4x when you get 8 Prospectors, and you also get extra 10 free spins.

12 Prospectors award an additional 15 spins as well as a 10x multiplier.

Big Blast Bonanza is a chance feature in which the Prospector will transform normal symbols into Money symbols at random.

Gold Rush is a random feature that makes the Money symbols sticky for the duration of the respin. The respins will continue as long as new Money symbols land.

We’re seeing the gold mining theme inside the mine itself, just like in every single similar release. Because gold nuggets can be seen in the mine’s walls, you can simply pick them up and place them in barrels. At least, that’s how it appears.

They’ve gone with symbols that feel common for this type of release, and I’m not just referring to the 10 to A Royals that are utilised in minor roles. A pickaxe and shovel, a miner’s hat, and oil lamps are also depicted. Prospectors and gold nuggets will be featured symbols that could appear.

Lucky Nuggets Megaways has several unique features that aren’t found in many other games, but it fails to convince us on a pleasurable experience. The theme is dull, the graphics are mediocre, and the RTP is lower than I’d like. It could be a good game, but it doesn’t have the sense of one of the best.