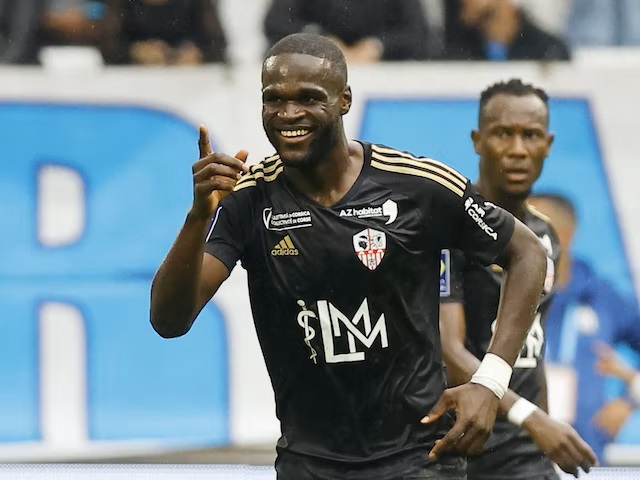 Last weekend, the hosts suffered a close loss to Reims while their Corsican guests defeated Strasbourg with a commanding victory.

Nantes vs Ajaccio Tips and Prediction

Nantes entered the 2022–23 season with high expectations after their historic Cup de France victory from the previous year and a respectable ninth-place finish in Ligue 1.

Les Canaris defeated Olympiacos last Thursday to clinch a box office knockout match with Juventus after placing second in their Europa League group. However, Antoine Kombouare’s team has struggled to maintain consistency in the league, winning just two of their first 14 games.

The third-lowest scorers in the division, La Maison Jaune, have been hampered by the departure of midfielder Ludovic Blas to Eintracht Frankfurt and the inability of that player to duplicate his goal-scoring production from the previous campaign.

The Breton team was unbeaten in three Ligue 1 games before losing to Reims last weekend, and Ignatius Ganago had been playing well since joining from Lens in the summer.

Since they have only lost once in front of their own supporters in the league this season, Nantes will be hoping that their return to home ground can spur them to a crucial victory over their relegation-threatened visitors. Last weekend’s narrow loss was exacerbated by a 54th-minute red card.

The visitors, on the other hand, have had a mixed start to life in Ligue 1 following their promotion from the French second division at the end of the previous campaign.

Given their limited financial resources entering the season, Olivier Pantaloni’s team was predicted to struggle and begin the final weekend before the World Cup in the relegation spots with the fewest goals scored in the entire division.

However, the Corsican club has three impressive victories, including a thrilling victory at previously unbeaten Marseille. This is especially true given the mercurial abilities of Youssef Belaili and Mounaim El Idrissy at the top of the pitch.

The two were especially dynamic last Saturday, when Ajaccio scored four goals in 15 first-half minutes to defeat Strasbourg and earn their first home victory of the year. L’ours will play rival underachievers on the final Sunday before the holiday break, hoping to build on that electrifying performance.

Following their fantastic victory the previous weekend, we anticipate Ajaccio to enter this match with confidence and at the very least score in a crucial relegation battle.

However, Nantes should have too much for their recently promoted opponents as they earn just their third victory of the season considering that they have only lost once at home all year.