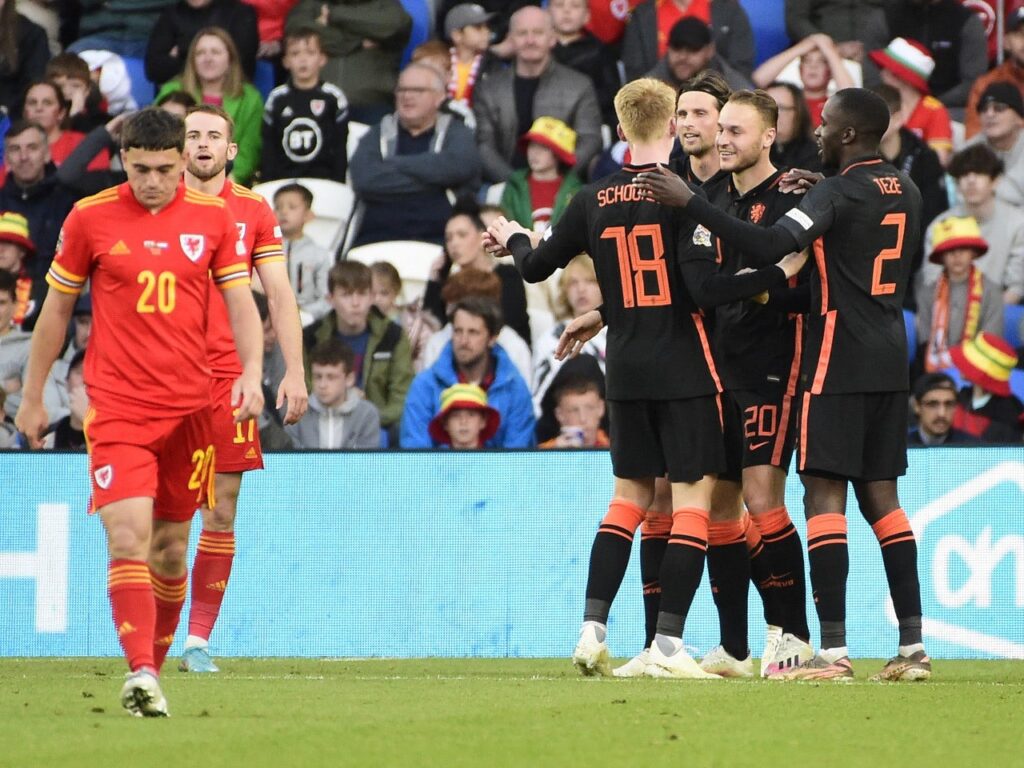 When Poland visits Rotterdam on Saturday evening, the Netherlands will be looking to make it three wins in a row in the UEFA Nations League.

In midweek, Louis van Gaal’s team came from behind to win against Wales, while the visitors were thrashed by Belgium.

Netherlands vs Poland Tips and Prediction

At the full-time whistle on Wednesday night, Connor Roberts appeared to have some choice words for Burnley teammate Wout Weghorst, as the Dutch giant struck a spectacular header to lift Oranje to a thrilling late victory in Cardiff.

Following Teun Koopmeiners’ opener, Rhys Norrington-Davies equalized for Wales in the 92nd minute, but Weghorst’s spectacular finish kept the Netherlands’ perfect Nations League run going before Roberts appeared to question the striker why he couldn’t reproduce such feats for the Clarets.

Weghorst’s performance has kept Netherlands atop League A Group 4 with six points from a possible six, and the 2010 runners-preparations up’s for the upcoming World Cup could not be going any better.

Since the Netherlands’ elimination from Euro 2020 at the hands of the Czech Republic, Van Gaal has supervised eight wins and three draws in 11 games, and the Dutch have also gone 11 games without losing at home, winning six of their past seven and scoring at least two goals in each of those victories.

Although Van Gaal experimented with a much-changed XI in the battle with Wales, and their forthcoming opponents have already been torn to shreds in North-Western Europe, failure to keep a clean sheet in four consecutive matches may worry him. After Robert Lewandowski’s opening, Czeslaw Michniewicz’s team were in dreamland for 42 minutes of Poland’s midweek match with Belgium, but Belgium quickly kicked into gear and handed their continental counterparts a footballing lesson.

To humiliate Poland, Leandro Trossard scored twice off the bench alongside goals from Axel Witsel, Kevin De Bruyne, Leander Dendoncker, and Lois Openda, but relegation anxieties for this weekend’s visitors to Rotterdam should not be present just yet.

With a win over Wales on the opening day, Poland is in third place, three points ahead of the Dragons. However, Poland will face Belgium in their next match, which will be a tough test for the Poles, who have remained in League A since the Nations League’s inception.

Lewandowski’s goal against Belgium was at least Poland’s ninth away goal in a row, despite the fact that they have only kept one clean sheet in that time on unfamiliar ground, which will not be music to the ears of the Brussels crowd before the Netherlands’ well-rested attackers take the field.

Furthermore, it has been 43 years since Poland last won a match against the Netherlands, with Oranje winning 2-1 in the most recent match in the 2020-21 Nations League for their fifth win in a row in this match.

While a change in shape and personnel might help Poland’s defense tighten up a little, the visitors’ defensive record away from home is dismal, and a well-rested crop of Dutch stars should have a gleam in their eyes tonight.

Poland is always a threat, but Van Gaal has overseen a fantastic era of rejuvenation at the helm of the Oranje and will expect his side to go onto nine points with relative ease.