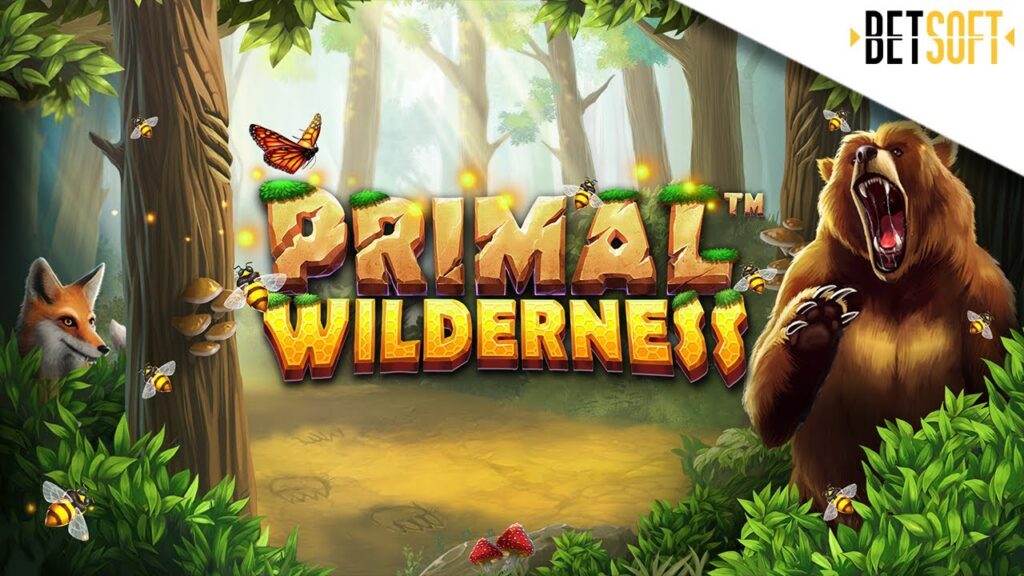 Primal Wilderness by Betsoft will be one of the first few slot machines to be released in 2022. The topic and its strange link, like many of their previous games, aren’t quite fresh; we’ve seen it before. However, you can always expect on them to produce better graphics than the usual rival, so it’s worth checking out whatever new slot they’re releasing just for that. It appears to be a sequel to another of their slots, Primal Hunt, based on the title.

Primal Wilderness has 5×4 reels, which allows for a total of 1,024 ways to win. Despite the enormous gaming area, the maximum payout is only 3,310x the stake. Its key features include wilds, multipliers, free spins, and scatters that trigger free spins.

The wagers you’ve chosen are designed to cover all 1,024 possible winning combinations, and they demand the usage of 40 coins to do it. The lowest bet will then be $0.40, with the maximum amount being $26 each spin (coins of up to $0.65).

The rewards in Primal Wilderness are fantastic, but they don’t come close to what’s genuinely achievable in a slot machine. This game has a top jackpot of 3,310x the stake, which could be worth up to $86,000 in cash depending on the wagers available.

Features of the Primal Wilderness

The honey-covered Wild will serve as a substitute symbol, which you can employ in a variety of ways depending on how it lands and what other normal symbols are present at the time. It can substitute for any ordinary symbols except Slot scatters. This one appears on reels 2, 3, and 4 of the slot machine.

The main feature of Primal Wilderness is free spins. To get there, you’ll need three, four, or five Bonus scatters to appear at the same time. Fortunately, it doesn’t matter where they land as long as there are enough of them. The player wins a prize (up to 20x the wager) and between 8 and 20 free spins in exchange. During the feature’s rounds, the same scatters will provide more free spins.

The biggest advantage that the free spins appear to have over the paid spins will be due to the wild symbol’s new benefit, a 2x-3x multiplier that will apply to the wins it contributes to. It will get better. The multipliers multiply each other when there are multiple wilds. The wilds landing on the middle three reels with a 3x value for each one can give you as much as a 27x multiplier.

That’s all there is to the list of unique features found in Primal Wilderness. It’s not a huge list, but it’s a potent one because to the multiplier wilds.

The stars here represent the untamed portions of our world, and it appears like a forest from the northern side of Europe or North America. The first four low-value symbols presented will be the Royals, but the next seven symbols between J and A are more fascinating. Toadstools, butterflies, frogs, birds, a fox, a wolf, and a bear are among the creatures depicted. Its main feature symbols are the Wild Honeycomb and the Stone scatter.

Primal Wilderness has a nice design and a large number of features, but it’s not the type of slot machine that will make the most of its spectacular multiplier wilds.