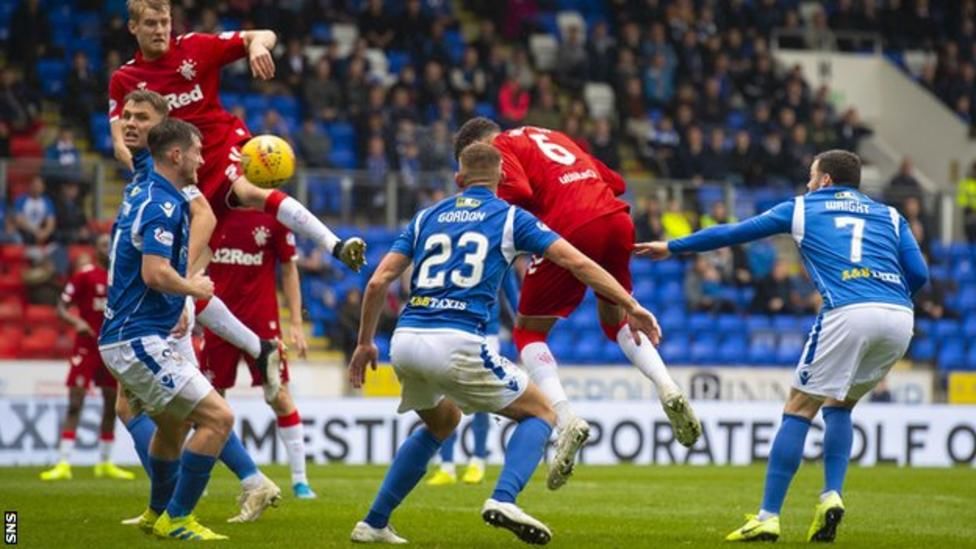 Rangers will be hoping to build on their remarkable comeback victory in Europe by defeating St. Johnstone at Ibrox on Saturday and earning all three points in the Scottish Premiership.

The opposition, on the other hand, will be looking to win both of their road games in the top division after defeating Motherwell last weekend.

Rangers’ European nights at Ibrox are never dull, and the Glaswegian giants once again impressed at home as they overcame a first-leg loss to Union SG to win the second match on Tuesday, clinching a victory overall and securing their spot in the Champions League quarterfinal round.

After previously coming from behind to defeat opponents like Borussia Dortmund and RB Leipzig on their way to last season’s Europa League final, goals from James Tavernier, Antonio Colak, and Malik Tillman enabled Giovanni van Bronckhorst’s team earn yet another comeback triumph.

They are currently prevented from returning to the Champions League group stage for the first time in more than ten years by PSV Eindhoven.

Rangers will return to the Premiership next Tuesday in an effort to extend their unbeaten streak against St. Johnstone to 14 games before their first-leg showdown with the Dutch team on the following Tuesday.

The Gers won their first two Premiership games of the new campaign, defeating newly promoted Kilmarnock at home last weekend after coming from behind to defeat Livingston on the opening weekend.

Last Saturday, St Johnstone won a thrilling game away at Motherwell after losing late to Hibernian on the season’s first weekend.

The Steelmen appeared to be on track to salvage a point as a Graham Carey own goal in the 91st minute cancelled out Jamie Murphy’s first-half opener, but a goal from replacement Stevie May in the 94th minute meant that the Saints came away with all three points.

Although Callum Davidson’s team has already triumphed in three of their previous four competitive games—including two victories in the League Cup they might find it difficult to keep up their recent success when they face Rangers this weekend.

At Ibrox, St Johnstone had gone 373 minutes without scoring a Premier League goal, failing to score on each of their last four trips. The Saints’ final league goal on Rangers’ field came from Blair Alston in a  loss in September 2018.

The Saints’ most recent victory over Rangers came in February of last year, when goalkeeper Zander Clark scored a thrilling extra-time equalizer to force a penalty shootout which the Saints ultimately prevailed.

In their opening two league games against Livingston and Kilmarnock, Rangers were initially dissatisfied but finally came away with the win on both occasions.

St Johnstone will need to put up a strong showing if they want to keep the Gers at bay this weekend, but we think that the home team will have too much quality in attack for the guests and should be able to do enough to protect their perfect record in the new Premiership season.