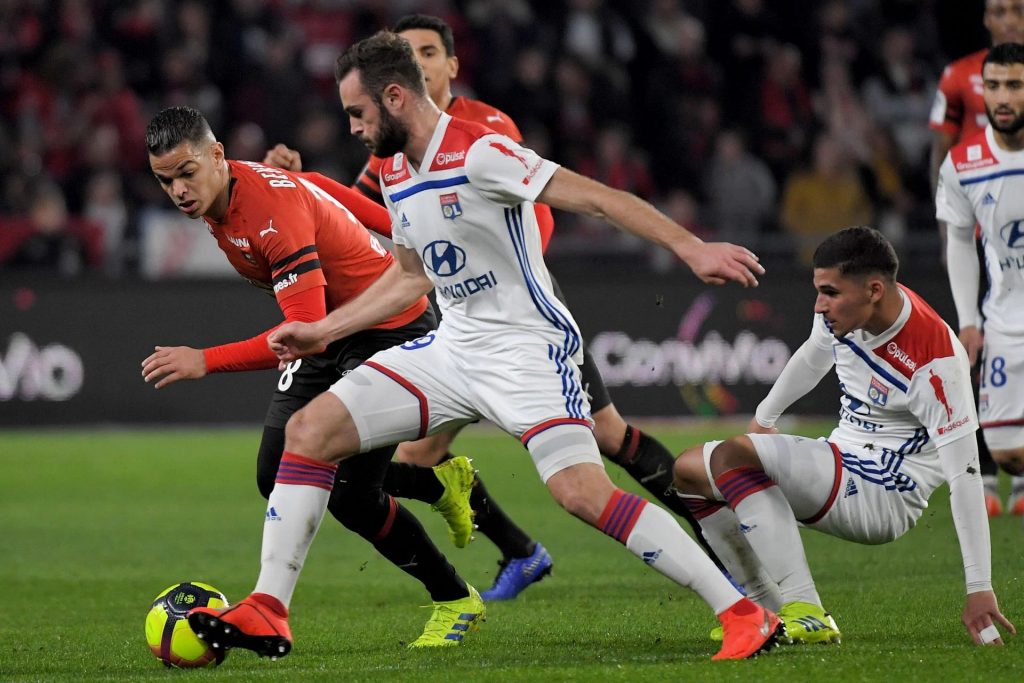 On Sunday, Rennes will play Lyon, a team that has yet to win away from home this year, in an attempt to continue their six-game winning streak in Ligue 1.

Les Gones, who are trying to halt a five-game losing streak in new manager Laurent Blanc’s debut game in charge, are currently in sixth place and might finish the weekend in a European spot if they defeat the hosts.

Rennes vs Lyon Tips and Prediction

Bruno Genesio’s team, who have not lost in 10 games across all competitions since the loss at Lens on August 27, have had quite the couple of months.

Since the start of the league season, they have won four of their five home games, including last weekend’s easy triumph against Nantes thanks to goals from Amine Gouiri, Martin Terrier, and Desire Doue despite the late dismissal of Joe Rodon, a loanee from Tottenham Hotspur.

In the Europa League, Rennes has also been doing well. After beating Dynamo Kyiv on Thursday night, they are currently top of their group and unbeaten. Defender Christopher Wooh scored the game’s only goal to advance his team to the next round of the competition.

They have scored in every game since losing to high-flying Lorient on the first weekend of the season, giving them the third-most strikes in their domestic division with 20 thus far.

Given that they have defeated their opponents 11-2 in their last four league games, they ought to be very confident going into the game against Lyon.

After having a strong start to the season, Les Gones have recently suffered, moving from 13 points from their first five games to just one point from their following five.

Last weekend’s one point against Toulouse, a draw that ended a four-game losing streak and prevented them from falling dangerously below mid-table, came after Tete’s fifth goal of the year was cancelled out by the visitors’ Rafael Ratao after halftime.

Lyon’s performance away from home has been consistently subpar; they have lost all four of their away games, which was a contributing reason in the Dutchman’s departure earlier this week.

The poorest away record in the division so far is three goals, and against a Rennes defense that has given up the fewest goals at home, their work is not going to get any simpler.

Blanc, who won the domestic triple with Paris Saint-Germain in 2016, has an unfavorable opening game and must rapidly win over a fickle fan base.

Even though Rennes has recently played a lot more games than Lyon, the game should be close. However, the home team has more confidence than the visitors, which should give them a slight advantage.