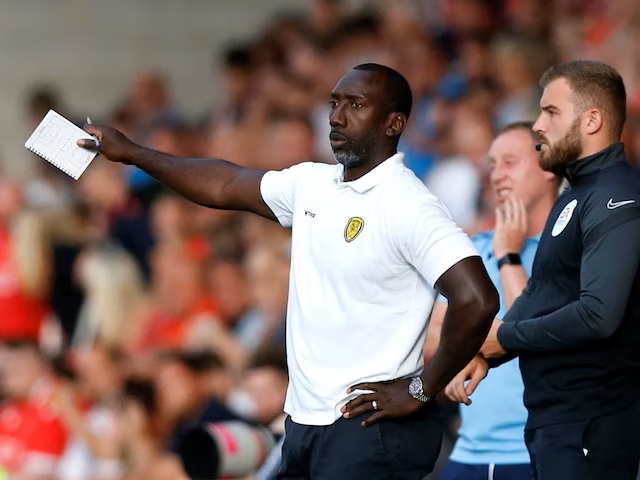 When Rochdale and Burton Albion face off in an EFL Cup first-round match on Tuesday at the Crown Oil Arena, they will be looking to bounce back from crushing losses at the beginning of the 2022–23 season.

Both teams have zero points after two games in their respective league seasons, but by the end of play on Wednesday, one manager will have recorded his or her first victory.

Rochdale’s mainly encouraging preseason campaign has so far been for nothing as the League Two team started their new season with a loss at home to Crewe Alexandra before an equally demoralizing trip to Gillingham.

As Robbie Stockdale’s team suffered a second straight loss in the 2022–23 season thanks to Scott Kashket’s game-winning goal, the Rochdale manager was forthright in his post–game analysis.

Prior to Tuesday’s match, Rochdale can take heart from their recent performances in the EFL Cup, as the hosts haven’t been ousted in the first round of the competition since the 2014–15 campaign and have advanced to the third round twice in the previous three seasons. Burton Albion, who, unlike Rochdale, suffered defeat after defeat in the preseason, has also not had an easy time of things. Their poor preseason form has carried over into their new League One season. Seven goals were given up, resulting in zero points.

With a victory on the first day, Wycombe Wanderers dealt Jimmy Floyd Hasselbaink’s team a piece of humble pie. On Saturday, Bristol Rovers defeated Burton Albion, but the game was effectively over after Conor Shaughnessy was sent off in the first minute.

Although Rochdale had previously defeated Burton Albion on their home field, the visitors did leave the Crown Oil Arena with a victory in League One two seasons prior. Therefore, it would be very risky to back either of these two teams with any real assurance.

Both coaches will be expecting a quick response from their teams in this situation, and Stockdale does have some young offensive alternatives available to spruce up his starting lineup.The younger players may try to exploit Burton Albion’s weak defensive unit, but if the visitors can keep all 11 players on the field, Hasselbaink’s team should have what it takes to win.