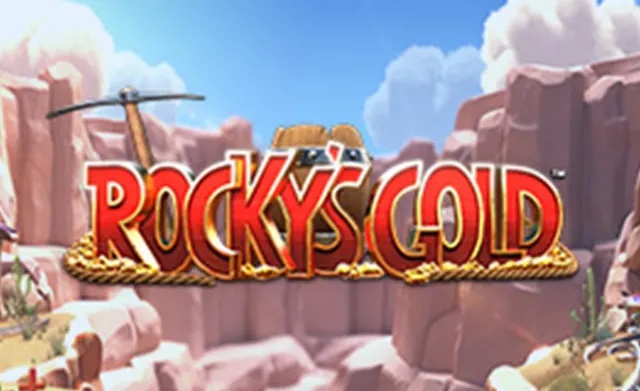 Although the Megaways engine originated the trend, many other slot machines developed the reel expansion technology. Rocky’s Gold Ultraways, a slot machine with 5 reels and up to 60 million ways to win, is a great illustration of that. Other than having a mining theme, it has good graphics and is available at Games Global casinos. It was created by Northern Lights Gaming.

Rocky’s Gold Ultraways only has 5×3 reels, but because it enables symbols to grow into up to 4 additional ones, there could end up being more than 60 million ways to win. Despite that amazing total, the highest payouts are only 11,500 times the bet. At 96.12%, its RTP is acceptable. Free spins, Rocky respins, multipliers, and the Dynamite Wild bonus are features to watch out for.

Rocky’s Gold Ultraways can be played for as little as $0.10 per spin. Larger wagers are also accepted, up to $30 for a single spin, as would be expected.

Rocky’s Gold Ultraways’ top reward is worth 11,500 times the wager placed on that spin. Although this type of slot machine can be expected to have more volatility, it also has a proper RTP of 96.12%.

The 5×3 reel configuration is used by the Ultraways system. These slots can each provide one, two, or four symbols. As there can be up to ten symbols close to each other on a single row, this enables combinations of up to ten symbols. If you end up with the maximum amount of symbols in all slots, there are almost 60 million possibilities to win.

The mining cart bonus symbol may appear on the middle three reels. You can activate free spins when all three symbols are present there. You can alternatively earn the Rocky Respin with just two scatters.

You must choose a rock in order to begin the free spins. It will also indicate what multiplier will be used to wins in addition to how many free games you have won. The multipliers and the free spins can also be upgraded. The bonus spins may also be awarded again.

A bonus round called the Dynamite Wild Bonus can add up to six dynamite sticks, which will be utilized to turn any missing symbols into wilds.

The wild will act as a stand-in for other symbols, and combinations made up of only it will pay up to 1.10 times the wager.

A theme of gold mining is presented to you. Behind the reels, the mine’s entrance can be seen, and the game’s symbols include mining carts, the RG emblem (the top symbol), three crystal formations, and four Royals.

Rocky’s Gold Ultraways does provide many different ways to win, but since individual combos only pay modest amounts, the 60 million lines only yield an average top prize. Overall, I enjoy the slot machine; It has some interesting bonus features. If you can locate it with the RTP set to the highest setting, it is definitely worth playing (96.12 percent) and gives about 11,500 times the stake per game.