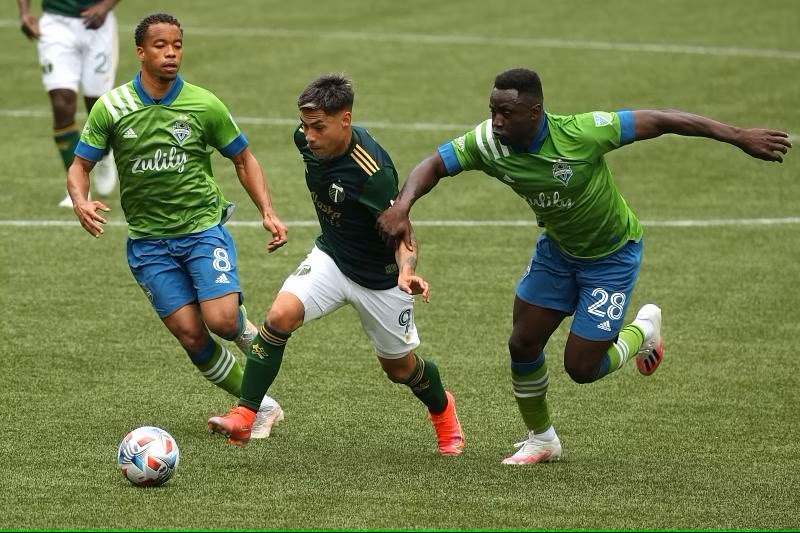 At Lumen Field on Saturday afternoon, the Seattle Sounders and Portland Timbers will rekindle their rivalry as the last three Western Conference champions in Major League Soccer.

With victories in four straight home games, Portland has re-entered the playoff race and is currently three points behind Seattle for the last spot.

One thing about the Sounders that you can almost always bank on after a poor performance is a strong comeback effort, and that is exactly what we saw last weekend in a 2-0 victory over Toronto.

Few coaches in this league have the luxury that Brian Schmetzer does, as five different players from the team that began their previous game against Montreal were among the starting 11 in Toronto last week. Despite rotating nearly half the team, Schmetzer still managed to win.

Although the Cascadia Cup is not their main goal, it is always nice to have the upper hand on your local rivals. Both teams are currently tied with three points in the race for the Pacific Northwest title, with the Sounders aiming to win it for a fifth time in a row.

Seattle has demonstrated that they can defeat you in a number of different ways, but one of the biggest factors in their domestic turnaround has been how well they have played defensively, giving up just five goals in their last eight MLS games, including four shutouts.

Even though this team has made progress since the start of the MLS season, their standing in the standings is vulnerable right now.

The Rave Green are currently in the quest for a home playoff game in the Western Conference and are two points above the postseason line, trailing Real Salt Lake by three points for third.

You can always count on the Sounders to move the ball at a high level with surgical precision, consistently maintaining a pass accuracy above 80%, whether they win, lose, or draw.

In Portland, where the Timbers are now within reach of the postseason after rescuing a two-goal deficit in Nashville last Saturday, playing to a 2-2 tie, a nearly clean bill of health has made a significant difference.

Only three times all season had the defending Western Conference champions gained a point after falling down in the second half.

Since the end of the June international window (June 18), they have scored eight goals in four games, which is tied for the highest in the league during that time period, showcasing their quality in the attacking third.

While Portland won’t be the first MLS team to win the CCL, they have a strong recent record in the Jet City, being undefeated in their previous six trips there, while Savarese has overseen all four of their victories at Lumen Field.

Although history shows that it is preferable to give than to receive, the Timbers have done both equally this season, giving up as many goals as they have scored (29).

After losing points in two of their past three games, a refreshed Sounders team will be hungry to improve their home form.

Despite Portland’s impressive recent progress, we anticipate Seattle to control the game’s pace and disrupt Portland’s rhythm in the middle of the field, a position where the Rave Green have excelled recently.