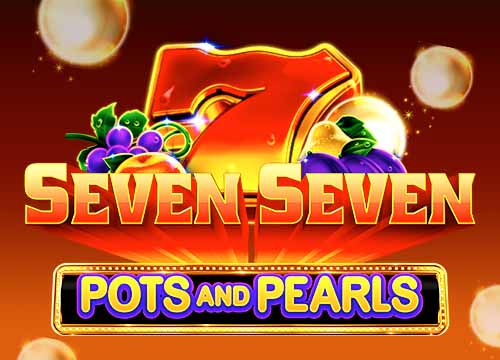 While you shouldn’t expect Seven Seven Xmas to be a completely Christmas-themed slot, it does provide some of the décor that will get you in the mood for the season. Naturally, it largely maintains the fruit theme, and if anything, the traditional symbols appear more out of date than the red ornaments strung from the tree’s branches. Swintt’s aesthetics weren’t particularly well-done, but let’s see what else this game has to offer.

There are certain slot machines that only have 5 reels but host them on 5×3 reels. For a game with extreme volatility and a restricted RTP of up to 94.35%, the highest payoff of 1,000 times the stake doesn’t seem proportionate. Add to it the fact that the only feature if you can call it that is a straightforward scatter, and it becomes clear that this game is targeted at a particular demographic.

The smallest wager on the slot machine costs just $0.05, which is about as low as you can hope to go. Fortunately, it has something for everyone and allows players to spend up to $100 if they so choose.

In many ways, Seven Seven Xmas is a letdown, especially if you’re hoping for a huge payout on a slot machine that is known for its extreme volatility. The maximum payout at the conclusion of the round is 1,000x the bet, so there isn’t much incentive to take that much risk. Another significant drawback is the RTP, which only has a range-high value of 94.35%.

Seven Seven Xmas doesn’t offer many features, much like a true vintage release. There are no wilds, free spins, or other bonus games to aid in creating further winning combinations.

Only the Flaming Ball scatter is provided, and it can appear only once on each reel. It will pay 2x, 10x, or 50x the stake if it landed 3, 4, or 5 times. The symbols don’t have to be on the same line, therefore it doesn’t matter exactly where it lands.

The concept of the game is fruit-based, and the symbols include all the standard icons. About the only scatter that stands out is the Flaming Ball scatter. The remaining fruits and vegetables are Grapes, Melons, Lemons, Oranges, Plums, Cherries, and the highest-paying Red Seven. For those who desire something beautiful to look at while playing, the free casino slot is not particularly enticing due to the archaic graphics.

Although Seven Seven Xmas is a fairly straightforward slot machine, there is typically a market for any style of design and theme you can imagine. The poor RTP and the underwhelming top jackpot are my main complaints with it.