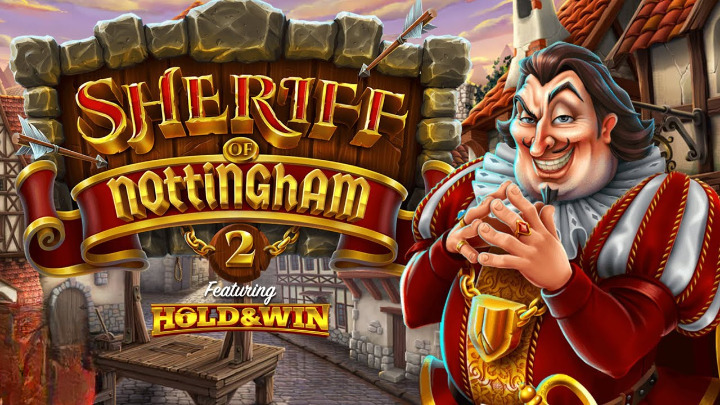 Sheriff of Nottingham 2, a follow-up game provided by iSoftBet, has been accessible at online casinos for more than two years. In this instance, the legend of Robin Hood continues to serve as inspiration. The remaining bonus features are a good combination, and it looks like a contemporary release with stunning visuals and more than sufficient rewards.

The Sheriff of Nottingham 2 game has the standard 5×3 reel configuration with 20 paylines. I think it’s a decent alternative because it has the correct payouts (up to 7,515x the stake in a medium/high volatility slot) and RTP (96 percent). The Sheriff’s respins are the major feature, although there are wilds and a good selection of game modifiers that could occasionally activate.

Players of the slot machine might win a maximum jackpot of over $150,000, with the return mentioned reaching as high as 7,515 times the wager. The payoff isn’t terrible, but you should also take into account the rating for medium-high volatility. Overall, the game is enjoyable, and the RTP of 96 percent is one factor in this.

Features of the Sheriff of Nottingham 2 Slot

A significant aspect of the game is the wild, which frequently appears in standard form but occasionally additionally appears stacked when certain modifiers are active. Primarily, you get to employ it as a substitute symbol, which will eventually result in more wins for you.

The slot’s modifiers could be of considerable assistance, but they appear at random. When the Pick a Scroll feature appears, you can choose an additional scroll from the ones that are displayed. Access to the main feature, extra wilds, winning spins, mystery symbols, Wanted spins, or even stacked wilds with multipliers, might all be part of the reward.

The ones you really want, though, are the Sheriff Respins. This Hold & Win bonus, which grants you three initial respins, is triggered by landing three or more money symbols on the reels. If more money symbols appear, they lock together and the respins are reset. You can purchase a Mystery Merry Man, which transforms into one of the major characters, grants you access to a larger playing area, and either provides more lives.

The expected tale of Robin Hood and his troop of merry men serves as the basis for the theme. There are several familiar characters—Robin Hood, Maid Marian, Little John, Friar Tuck, and Will Scarlet—as well as the Sheriff.

The ones that aren’t Royals will grant you major emblems, such as swords, axes, scrolls, and a few more.

Sheriff of Nottingham 2 appears to be a respectable follow-up and a slot machine that the typical player would likely like. It stands out because it has a compelling plot and top-notch graphics. Overall, I enjoy the slot machine; it is a genuine iSoftbet slot, it has nice graphics and also has some interesting bonus features.