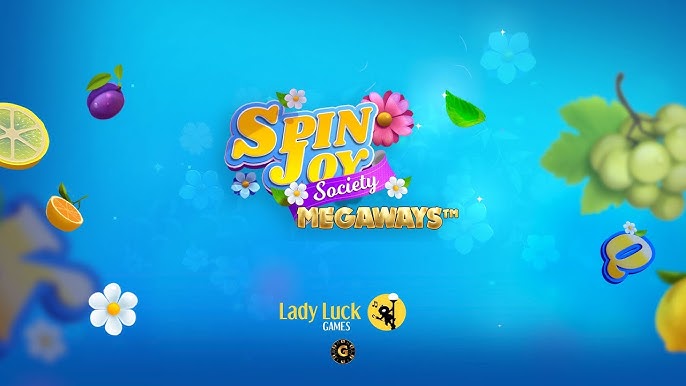 After an agreement between Big Time Gaming and Lady Luck Games, the team came up with the Spinjoy Society Megaways slot. The interesting name will make the eager players want to know more about it by trying their luck. The original version of the megaways was easy to fathom and relate to but tampered with reality.

Spinjoy Society Megaways is an exciting slot that lets players enjoy picking colorful flowers from the screen’s corner. The slot’s background is also colorful, and it keeps changing from one color to the next at a given interval. The visuals are also attractive and simple, which makes it stand out from the other slots.

It has an RTP of 96.0% and is a highly volatile slot. A player can bet from 10 p/c to 100 euros per spin. Besides that, players have the advantage of using the buy option to enable them to earn more. Additionally, a player can access this slot using any device, like a phone or desktop. Spinjoy Society Megaways has a win frequency of 32.70%.

To win, a player needs to land matching symbols on three reels beginning from the left. However, this doesn’t form a standard megaways because the horizontal tracker reels aren’t there. The grid has 6 reels with seven rows and 117,649 ways to win.

Let’s look at each of the features;

The gamble feature helps players to increase prize money after the spins and other features end. To get this, a player should guess the color or the suit of a face-down card. The maximum gamble is four times per round.

Spinjoy Society Megaways slot is a sign that the developers, Lady Luck Games, are trying to return to their original roots. This is because the producers had a slot by the same name some time back, the Spinjoy Society. The two slots share similar features, but the developers changed the newer version. The two slots’ visuals are similar as both include strong yet simple colors with sprinkling flowers that beautify the screen.

However, the difference lies in the gaming side of the games. The Spinjoy Society Megaways isn’t radical, meaning its bonus round only entails free spins with win multipliers. Its coins collect feature is also different as the other megaways don’t include it in their slots. But the coin wins can also help in the bonus round with a win multiplier on view. The maximum win of this slot is 20,000x the bet, which attracts good payouts.

Comparing the features of the Spinjoy Society Megaways shows that it’s a good slot worth a try. It’s proof that the developers are doing everything possible to enable players to enjoy playing. This is because the developers revived an old slot and brought in new changes to enable players to earn more. So, anyone looking for something to keep them busy, look for the Spinjoy Society Megaways with incredible visuals and color.