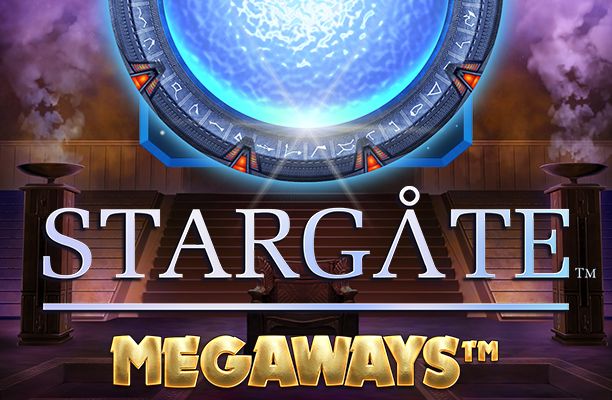 The Stargate universe has been a popular one for many years, spanning multiple TV programs and films. Perhaps not so much these days, but the franchise still has a large following, including me. Scientific Games is preparing a surprise for us in the form of Stargate Megaways, a branded slot machine set to debut in 2022. Even more, it’s powered by the Megaways engine, so you can expect great prizes, a lot of action, but also a lot of volatility.

Stargate Megaways will have 6 reels as well as the random amount of ways that this engine is known for, giving you up to 117,649 possible combinations (ways to win). Of course, you can win large, up to 25,000x your bet, which isn’t unusual in a high-volatility slot, especially with an RTP of 96 percent. Cascading reels, free spins, modifiers, and the Trail are just a few of the game’s highlights.

With the kind of payouts that Stargate Megaways can offer, the stakes won’t be particularly big. The most bet you can make on the next spin is $10, while the smallest stake is $0.20.

In Stargate Megaways, you can win up to $250,000 in cash by wagering at least 25,000 times your stake. It’s a sizable prize, but not unheard of for a Megaways slot with up to 117,649 possible combinations. When you factor in the free spins and multipliers available, those enormous winnings don’t seem so out of reach.

The disadvantage of most slots that are designed to pay out a lot of money is that they are also risky. Stargate Megaways’ high volatility was expected, but thankfully, there are variations of this slot with an excellent RTP of 96 percent.

Features of the Stargate Megaways Slot

With a random number of symbols landing on each reel (2 to 7 conceivable), there are up to 117,649 chances to win on Stargate Megaways (when all reels get 7 symbols). At the top of the screen, there’s a fourth horizontal reel with four symbols on it.

In these games, cascading reels are frequent, and they’re also used in Stargate Megaways. This means that any winning combos will have their symbols deleted as a result of the explosions. Then there will be empty positions that will be filled with new symbols. The cascades will continue to activate if any additional combinations occur.

A gold pendant with the Eye of Ra engraved on it will be used as the game’s wild card. It’s just a stand-in for ordinary symbols.

Certain modifiers will come to life in the 5th position, and among them are:

Up to 6 random wilds are added to the middle four reels; all reels are expanded to give you the most ways to win;

creates a wild reel on one of the reels;

Refreshes the board by removing all symbols and giving you a respin.

Free spins are awarded when you reach the seventh spot on the Trail. When you achieve the 7th, 8th, or 9th position, you’ll receive 5, 6, or 7 free spins, as well as 7 picks on a fresh screen. There are 15 closed doors on this new screen. You must collect as many extras as possible. You can receive the following from them:

More wilds on the top reel, and increasing wilds on reels 2-5.

A Stargate will be used throughout the gaming area, and a portion of it will be used to host a Trail with nine places that will light up as you pass through cascades. Given the popularity of the TV show that inspired it and its many followers, I’m glad Scientific Games took attention to it and turned it into something fun.

Though I’d say the design is good in general, this is largely due to the surrounding area. The first six symbols are simple and colorful Royals (9 through A), followed by pyramids, dialing devices, and three of the series’ characters (only one of which is recognizable). The wild will be the pendant with the Eye of Ra.

All things considered, Stargate Megaways appears to be a very decent game. A branded slot machine not only has beautiful looks (albeit there is room for improvement), but it also pays out large top jackpots, has a high RTP, and has unique features.