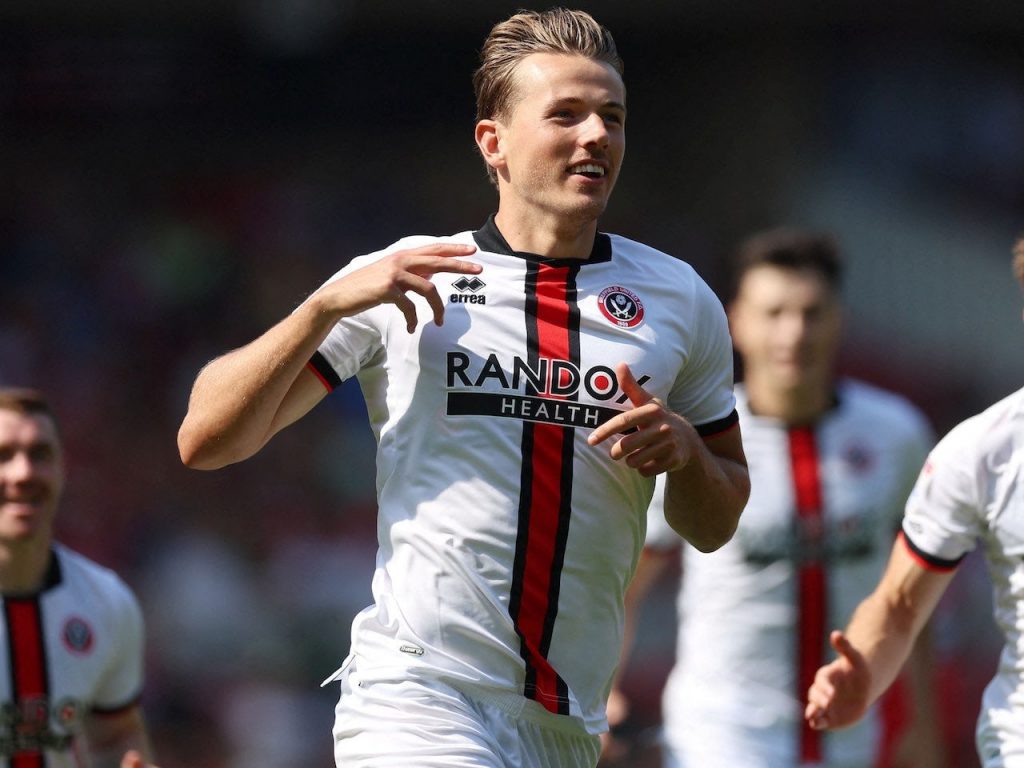 Tuesday’s Championship match between Swansea City and Sheffield United will see the visitors attempt to maintain their lead in the standings.

Swansea, meanwhile, improved to 19th place by winning only their second league game of the year last time out.

It would be fair to assume that Russell Martin’s tenure as the Swans’ manager is not going exactly according to plan after the team finished the previous season with a winless streak of six games.

The 36-year-old is fairly dogmatic in terms of his preferred playing style, ensuring his team plays out from the back as much as possible and attempts to build-up the play in a mostly slow, methodical manner. He took over for Steve Cooper last year after a stellar stint at MK Dons in League One.

On its best days, this can generate some very entertaining football, but with only nine points after eight games, it has to be questioned whether it is making the most of a brilliant collection of players who were anticipated to contend for a play-off spot this year.

It is still very early in the process. The 1-0 victory over Queens Park Rangers at the Liberty Stadium last weekend lifted the team out of the bottom three after they had slid into the relegation spots, but Martin’s team will need to play even better on Tuesday to upset in-form Sheffield United.

Indeed, Sheffield United seems to have returned with a score to settle this time around after agonizingly missing out on promotion after losing to Nottingham Forest on penalties in the Championship play-off semifinal last season.

Since Slavisa Jokanovic was replaced by Paul Heckingbottom in November of last year, the Blades have generally appeared to be a tremendously strong team.

The 45-year-old uses overlapping centre-backs in a flexible 3-5-2 formation to build his squad up very similarly to Chris Wilder, whom he had previously succeeded as temporary manager for a few months in March 2021.

Heckingbottom’s team has won three of their past four league contests without giving up a goal, including their most recent impressive 2-0 victory away at Hull City of Yorkshire.

Sander Berge scored for the third time already this season, continuing his and Iliman Ndiaye’s upward trajectory in part due to the tactical latitude given to them by their management.

Their first victory away from home in four attempts should give them plenty of confidence that they can leave the South Coast of Wales with all three points to ensure their continued dominance of the Championship standings.

Sheffield United is often less impressive away from home, and they currently lack a number of important players due to injury.

As a result, we can see Swansea coming away from this game with something, with a share of the spoils being the most likely scenario.