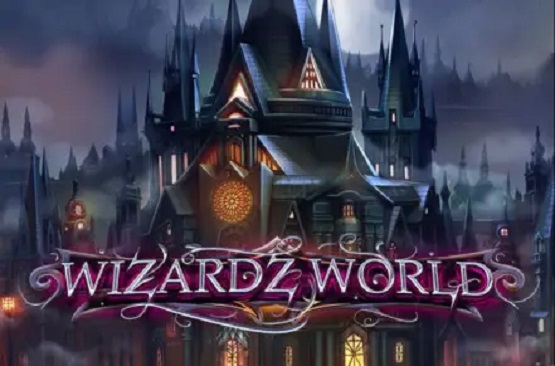 Elysium Studios is an up-and-coming slot developer that I recommend keeping an eye on. You’ll realise why after you see what kind of fantastic creations they come up with. Wizardz World will be one of their first few games, and from the looks of it, it will be a dark-themed slot machine. It’s going to impress visually, based on past experience and what we’re seeing inside.

Wizardz World uses a 5-by-3-reel layout with 20 active lines. The greatest winnings that appear to be achievable will exceed 1,000x the stake, with a 96 percent RTP coming from a medium volatility (3/5) release. Elemental battles, fat tiles, and nudges will all be on the list of special features that will assist you along the road.

You will choose a sum that will be used as the wager for the following spin, with a range of $0.20 to $40 accessible to you.

The payouts don’t appear to be big, and the developer doesn’t specify a cap, but wins of up to 1,000x the bet appear to be attainable solely from the stacked wilds that can cover entire reels.

You may not care for the highest jackpot, but with a 3/5 (medium) volatility, the potential is adequate.

There’s also the 96 percent RTP to consider, which is even another compelling incentive to play this real money slot.

Fat Tiles are included in Wizardz World, however they are nothing more than piled symbols. There are two sorts, each with a blue or green outline that indicates whether they belong to the Light Wizards Faction or the Dark Wizards Faction. When they’re fully visible on the reels, they’re collected in different metres based on this.

The Nudge is a feature that will occasionally activate at random, pushing a stacked symbol to cover the entire reel.

Fat Tiles can also act as wilds, allowing you to get assistance in the form of stacked substitutes, which can either build their own combinations (worth 50x the stake per line) or assist others with theirs.

You can eventually fill one or two of the faction-related metres by collecting enough Fat Tiles. You’ll get a bonus game if this happens. Choose an Earth, Fire, or Water wizard from one of the factions.

The conflicts between wizards will be similar to the game of Rock, Paper, Scissors, but with natural components. Earth shall triumph over Water, Water over Fire, and Fire over Earth. You continue to play until one of these battles is lost.

It’s a fantasy-themed design, with wizards playing roles on both the Light and Dark sides. There are a total of six wizards, one for each of the three components (water, earth, fire). The Wild is the name given to a seventh wizard. Regulars provide us with visuals of Spellbooks, Fire Orbs, Potions, and four card suit icons.

Wizardz World has a fantastic visual style and a unique set of special features. They’re not terribly complicated, and they succeed in making this slot enjoyable to play, thus it’s a game I’d suggest.